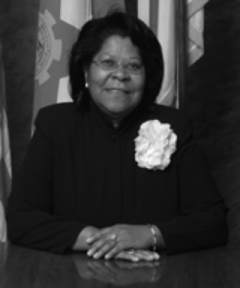 BIRMINGHAM, Ala. – Birmingham City Councilwoman Maxine Parker of District 4 has earned a professional designation for completing the requirements for the Alabama League of Municipalities Certified Municipal Officials Training Program.
The training program for elected municipal officials was created in 1994 by the Alabama League of Municipalities, under the direction of its Executive Committee, to complete the cycle of training for municipal officials. Until that time, no formal training had been offered for elected officials.
“In order to achieve this high honor, a municipal official must first complete training. All elected officials in the state of Alabama attend these workshops. The goal for receiving this training is to better serve the constituents of Birmingham,” Councilwoman Maxine Parker said.
Because of her attendance at statewide and regional educational conferences, Councilwoman Parker has received formal classroom training in subjects such as council meeting procedures, parliamentary procedure, the Open Meetings Act, public records, ordinance drafting, conflicts of interest, the State Ethics Law, duties of the mayor and council, tort liability, the competitive bid law, zoning and planning, annexation, municipal regulatory powers, municipal revenues and expenditures, personnel actions and leadership development.
The Alabama League of Municipalities was organized in 1935 and has since served as the recognized voice of the cities and towns in Alabama. Through the years, the organization has steadily grown and now serves more than 440 municipalities.