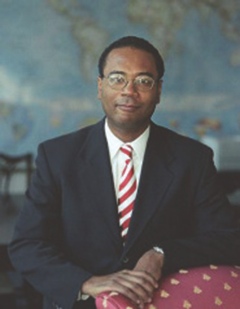 Justice Department lawyers should not attempt to prosecute George Zimmerman for the death of Trayvon Martin.
They likely won’t succeed, and would probably compound the awful precedent set by the state of Florida in pursuing this case over objections from the lead criminal investigator, police chief and the community’s prosecutor.  These missteps were followed with a decision to bypass a grand jury.
Adding a pro-prosecution judge, all the safeguards protecting Americans from political or unwarranted prosecution were missing, allowing this train-wreck of a case to proceed.
If the feds follow suit, they will head down the same path of an unjustified prosecution — re-establishing, nationally, a practice not seen since Woodrow Wilson pursued his political goals through abusing federal prosecutorial authority. Wilson’s use of the Espionage and Sedition Acts to arrest and silence critics as well as the media rolled back the clock on constitutional rights.
Like Wilson era abuses, today’s Justice Department must distort the meaning of hate crime statutes to charge Zimmerman. First, prosecutors lack a definitive finding that Zimmerman is, in fact, a racist. After interviewing 35 people — including co-workers, neighbors and even an ex-girlfriend — an FBI investigation failed to find proof that Zimmerman’s actions were racially motivated on the night Martin died.
Even the so-called profiling issue disintegrates upon closer review. The lead detective in the case told the FBI that Zimmerman was suspicious of Martin because of his clothing and the time of day — not Martin’s ethnicity.
With its own investigatory arm already doubting any racial animosity, it makes prosecuting the matter as a hate crime extremely hard.
But it gets harder. The next hurdle requires finding Zimmerman’s specific intent to kill Martin. The jury in Sanford established Zimmerman was acting in self-defense when his gun discharged.  Zimmerman intended to protect himself from death or great bodily harm.  With murder in the second degree and manslaughter on the table, jurors found Zimmerman not guilty of both.  While not dispositive, it creates a difficult hurdle to overcome.
Finally, unlike the judge who all but embraced the prosecution of Zimmerman, a federal judge is likely to be truly neutral. Recognizing the importance of protecting all citizens, federal courts will review any new charge with a jaundiced eye. Evidentiary rulings and a host of procedural hurdles would likely make the case stillborn at the earliest stages. Issues from Martin’s use of the term “cracker,” testimony from unreliable witnesses and Martin’s drug impairment at the time of the incident will be far more relevant in federal court.
President Obama should never have politicized this case, but instead allowed it to run its course wherever on-the-ground investigators took it. But Obama injected himself early on when he speculated to the media that the son he never had would “look like Trayvon.” His Justice Department then funded agitators and community activists to try to influence the initial Zimmerman investigation.
A Justice Department interested in the rule of law and not the rule of the mob would steer clear from this case and any like it. For the sake of millions of potential Zimmermans in the future, let’s hope so.
Horace Cooper, a former law professor and former congressional leadership staffer, is the co-chairman of the Project 21 Black leadership network. Comments may be sent to Project21@nationalcenter.org.