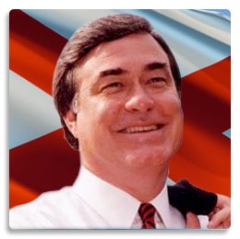 As we approach Labor Day, foremost on most Alabamians’ minds is the beginning of college football season. Traditionally, Labor Day has also marked the kickoff of the political campaign season.
As we head into the Labor Day weekend of 2013, my suspicion is that more of you are excited about this Saturday’s first games of the season than who is going to run for governor or more especially state auditor next year.
College football is king in Alabama. Make no mistake about it. We love college football. However, it appears the rest of the country is enamored as well. In a recent Forbes magazine article the vaunted financial periodical says, “The players might be amateurs but college football itself hauls in billions of dollars a year in television contracts, ticket sales, sponsorships and paraphernalia.”
Not surprisingly, Forbes discovered that the South and more specifically the Southeastern Conference is not only the most dominant on the field, it is by far the richest. Forbes’ study revealed that seven of the 10 most lucrative college football franchises are in the SEC.
The report lists these SEC schools and their team values if they were in the NFL. At number four was LSU with a team value of $102 million. Georgia was number five at $99 million. Alabama was number six at $96 million. Florida came in seventh at $93 million. Auburn was ninth at $85 million and Arkansas was 10th at $83 million. Therefore, the SEC held places four through 10 in the Forbes rankings of richest franchises. Seven out of 10 is not bad.
Texas was number one. Michigan was number two and Notre Dame was third.
For the most part there is a correlation to how well a team does on the field and their dollar value at the bank. That is not precise though. For example, in the last six years Alabama has emerged as the premier college football program in America, while Texas has suffered through some lackluster seasons. A lot of Texas’ financial success stems from its unique, exclusive television arrangement. Notre Dame also has a novel national television contract and following.
However, the SEC recently entered into a lucrative extensive television contract that will air our dominant teams nationwide and insure that our top teams remain in the top 10 financially for years to come.
By the way, according to Forbes the average salary of the 10 highest paid football coaches in the country is $4.2 million. Nine of the 10 are state employees. Alabama’s Nick Saban remains number one and deservingly so.
Labor Day generally marks the end of the summer vacation season with many of you slipping in a final trek to the beach. For those of you who like to frequent our own Alabama gulf coast, you will have a new luxury resort hotel to accommodate you soon and it will be owned partially by the state. Gov. Bentley made a convention center hotel on our own Alabama coast a lynchpin of his accomplishments during his first term in office. He repeatedly said, I am tired of going to conferences of Alabama associations that are being held at Sandestin on Florida’s gulf coast.
Bentley spearheaded the efforts to make our own Gulf State Park a luxury convention destination. Legislation was passed in this year’s Regular Session to make it a reality. Six governors prior to Bentley have floated the idea. The legislation allows the state to partner with a private developer to build a hotel and conference center at our Gulf State Park. The hotel will actually be built on the stretch of beach where the old Gulf State Park was located prior to it being decimated by Hurricane Ivan in 2004.
The state will use $80 million it received from the 2010 BP gulf oil spill to pay for the project. Therefore, the state will own the land and facility.
You could see Bentley’s pride when he signed the bill creating the new luxury state owned hotel. He had the bill signing on the site of the new venture. It was a beautiful clear May day on the Gulf of Mexico with blue skies and seagulls surrounding the Governor and Gulf Coast dignitaries. Bentley beamed as he set the project in motion.
It should be a crown jewel for our gulf coast that generations to come can enjoy and from which the state will reap the profits.
See you next week.

Steve Flowers is Alabama’s leading political columnist. His column appears weekly in more than 70 Alabama newspapers. Steve served 16 years in the state legislature. He may be reached at www.steveflowers.us.