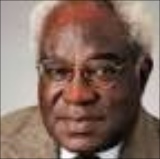 NORTH CAROLINA – The NAACP mourns the loss of civil rights icon and attorney Julius L. Chambers. Chambers passed away Friday night.
“Julius Chambers was one of the great legal minds of the past few decades,” stated NAACP Chairman Roslyn M. Brock. “He understood the inherent value of diversity in education, and also understood how to go about achieving that ideal. He changed North Carolina, and the country, for the better, and he will be sorely missed.”
“Julius Chambers lived through the bombing of his car, his office and even his home, but he never stopped working to advance civil and human rights,” stated NAACP President and CEO Benjamin Todd Jealous. “He was a tenacious defender of the right to a fair education and a fair shot at a better life.”
“He also gave me a shot early in my career,” added Jealous. “I wouldn’t be where I am today if not for Julius Chambers.”
“We can learn much from his low-key, but militant approach to the duty of our generation – to complete the work of dismantling the structural and psychological racism that grips our society,” stated NC NAACP State Conference President Rev. Dr. William J. Barber, II. “He knew no fear. He never took one step backwards, always marching forward together, directly into the ugly ignorance and violence against him by white racist vigilantes who torched his car, his law office, his father’s business in Mt. Gilead, and dynamited his law office. Brilliance in the law was his weapon — courage in the face and commitment to justice was his ethical compass.”
“The North Carolina NAACP has over 24,000 members in over 100 Branches across the State,” stated NC NAACP State Conference First Vice President Carolyn Coleman. “Julius Chambers must have represented hundreds of them, knew thousands of them, and changed the lives of all of them by his steadfast life of justice. He filed many major suits on behalf of our members.”
“The state of North Carolina and the nation have lost a tremendous civil rights leader,” stated NAACP Board of Directors Member Leonard Springs. “Julius and I were good friends. Personally I am sad to hear from the loss, but from a civil rights perspective, Julius paved the way – particularly here in North Carolina – fighting injustice. The community as a whole has lost a tremendous leader. If you look back at his life fighting school desegregation cases, education in North Carolina is much better off because of Julius. His home was bombed, his office was bombed, but he never gave up. He is a true civil rights pioneer.”
Chambers argued a number of important civil rights cases, including Swann v. the Charlotte-Mecklenburg Board of Education in 1971, which helped integrate schools in North Carolina. His firm was the first racially integrated law practice in the state.
From 1984 to 1993, Chambers served as president and chair of the NAACP Legal Defense Fund. He later served for eight years as Chancellor of his alma mater, North Carolina Central University.