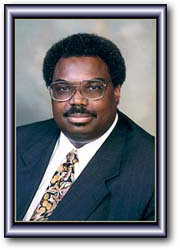 “Senator Sanders, why are you going to the March on Washington?”   This question sprang from two different reporters using similar words.  This question took on added significance because I just had surgery some five days earlier.  The answer was multifold.
I wanted to go to the 2013 March on Washington because I missed  going to the 1963 March on Washington 50 years ago.  I wanted to go because voting rights are under severe attack requiring us to take a strong stand.  I wanted to go to send Congress a message that they must revive Section 5 of the Voting Rights Act by passing a new Section 4(b).   I wanted to go because the attacks on all the Trayvon Martins of the world continue.  I wanted to go because the 1963 March on Washington was a great historical event that turned the tide of history for the better and 50 years must be celebrated/commemorated.  I wanted to go to the March on Washington.
In August of 1963, I was working at Honeywell as an electronic technician in New York City.  I was scheduled to enter Talladega College in the middle of September, just weeks away.  I checked on the free busses and made plans to go to the March on Washington.  However, I did not have anyone I knew to go with me so I did not go.  I have been sorry ever since that I missed the 1963 March on Washington.  I can’t correct the past but I can prevent it from repeating itself.  I had to go to the March on Washington.
Voting rights is the right that protects all other rights so it is absolutely critical.  It has been under increasing attack for several years.  Many states attacked by passing restrictive voting measures starting in November of 2010.  In June of this year, the United States Supreme Court attacked by striking down Section 4(b) of the 1965 Voting Rights Act thereby killing Section 5, the very heart of the Voting Rights Act.  Then some states immediately commenced passing or proposing or implementing all kinds of restrictions on voting rights.  North Carolina is the poster child for the attacks on voting rights.  I had to go to the March on Washington.
Only Congress can correct the destructive action of the U. S. Supreme Court.  The March on Washington is on August 24 but the date of the 1963 March was August 28, 1963.  There are commemorative events scheduled for the 28th, but the March that sends the message is August 24th.  I want to help send the U. S. Congress a message:  correct Section 4(b) so Section 5 can be revived.  I had to go to the March on Washington.
We have just seen how the legal system mistreats the Trayvon Martins of the world.  Trayvon Martin, a boy just pass his sixteenth birthday, was gunned down by 28 year old George Zimmerman.  Trayvon was not doing anything wrong but he died anyway.  Then his killer was turned loose by a nearly all White Florida jury.  There are just too many Trayvon Martins of the world being sacrificed.  I had to go to the March on Washington.
There are other rollbacks of rights from affirmative action to education to immigration, etc.  I want my very body to speak jointly with hundreds of thousands of other bodies saying, “We will not go back!”  I had to go to the March on Washington.
The March on Washington is the greatest march ever.  It changed the course of American history.  Before the March, African Americans could not eat in the same restaurants, sleep in the same hotels, use the same bathrooms in public places or vote to elect candidates of their choice.  Before the March every advance in human rights came from the courts.  After the March, the Congress of the United States moved.  The result was the 1964 Public Accommodation Act that removed the forced separation in public places; the 1965 Voting Rights Act that gave every citizen the right to vote and other laws that made life better for all.  We were no longer dependent just on the courts and efforts in the streets to protect rights.
The 1963 March on Washington was conceived in hope and desperation.  There were little marches in various locales across the South.  There were “Freedom Rides” and “sit-ins” and boycotts and other protests that brought the courts into the picture.  Progress was scattered when it existed at all.  The 1963 March on Washington brought together all the protest streams into one big river of protests and big progress followed.
Most of the responses to the proposed march were conceived in fear and implemented in harsh haste.  “The March is going to turn into riots.”  “The March is going to wreak violence.”  “The March will not do any good.”  “The March will hurt rather than help,” and so on.
The organizers of the March hoped for a hundred thousand.  Two hundred fifty thousand showed up.  Dr. Martin Luther King made a speech for the ages.  Those who predicted violence, riots and failure were wrong.  With hundreds of thousands at the March, there was not one act of violence, not one arrest, not one act of ugliness.  It was a thing of beauty that changed this country.  The media was enthralled for days after the March.  The United States Congress was moved.  Other national institutions were moved.  The people were moved.  The whole country moved.  And I failed to go 50 years ago but I am going to the March on Washington this time.
EPILOGUE – We don’t always get a second chance.  Even when we get a second chance, we don’t always recognize or take it.  I am glad that I got a second chance to help move us forward.  I am glad I seized the second chance.