BLACK PR WIRE) – Everyone knew that Florida would bring a top-ranked defense when they suited up to play Miami in South Florida on Saturday. But what surprised nearly the entire record crowd of 76,968 who witnessed the Miami Hurricanes beat the 12th ranked Florida Gators, was that Miami has a pretty good defense, too. With the upset win, Miami (2-0) jumped up the AP poll to #15, while Florida (1-1) dropped to #18.   Miami’s defense stopped Florida at just about every critical moment in the game, most notably by intercepting Florida QB Jeff Driskel twice in Miami’s red zone and recovering three forced fumbles. The most costly fumble was caused by Miami DE Tyriq McCord as he beat Florida’s LT around the corner and hammered Driskel as he was about to throw on their own eight yard line. Two plays later, Miami RB Duke Johnson scored around the left end untouched, making the score 21-9, with only 3:29 left in the game.  Florida bested Miami in nearly every major statistical category, except, of course, the score. Florida’s offense entered Miami’s red zone six times, but came away with only a touchdown and a field goal to show for it.   Miami QB Stephen Morris started the game red hot, throwing two touchdown passes in the first quarter, including a beautiful 52 yard bomb to Miami WR Phillip Dorsett. It was the first time Florida had allowed two touchdown passes in the first quarter since LSU’s JaMarcus Russell did it in 2005. Florida’s vaunted defense stepped up, though, and held Miami’s high powered offense to just 69 total net yards after the first quarter.   Not to be outdone, Miami’s defense was also clearly up to the challenge. They limited Florida’s ground game to just 2.8 yards per carry and harassed the Florida QB all game long. Jeff Driskel did turn in a career day setting personal records for passing yards (291) and passing attempts (33). But Miami’s defensive secondary intercepted him twice, one on Miami’s four yard line and the other on Miami’s 12 yard line. Miami’s defense also sacked him twice in the fourth quarter as Driskel was desperately trying to engineer a comeback.   Miami now leads this heated intrastate rivalry, which began back in 1938, 29-26. Because Florida will soon be playing an extended SEC conference schedule, they are unwilling to continue to schedule Miami as a regular non-conference foe, and there are no more games scheduled between these two teams. Apparently, the Florida faithful will have to stomach this gut-wrenching loss for a long, long time. Miami fans wouldn’t have it any other way. 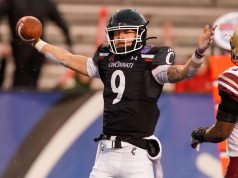 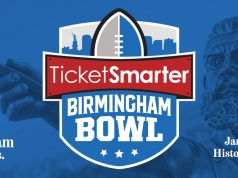 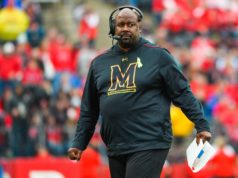 The Year for Black Football Head Coaches At Major Schools