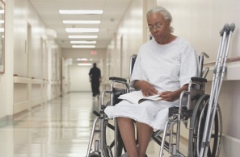 Nurse shares steps for releasing pain, forgiving  yourself and others
From child abuse and domestic violence to human sex trafficking and atrocities against civilians in war-torn countries, our world creates new victims daily.
Broken bones and bruises heal, but for many victims, the emotional damage is lifelong and life altering, says Amrita Maat, a nurse, child abuse survivor, and author of the inspirational new book, “Wearing a Mask Called Normal,” www.maskcallednormal.com.
“Experiencing abuse can affect how you feel about yourself and how you respond to other people,” Maat says. “These effects might be easy to see if you’re observing them in someone else, but they can be nearly impossible to recognize in yourself without help.”
The emotional and physical abuse that Maat grew up with set the stage for her to become a perpetual victim as an adult, she says. The choices she made and her interactions with others were often unwittingly self-destructive.
“Lifestyle changes that involve healthy choices include eliminating dysfunctional patterns, such as manipulation and abusive behavior – the things children of abusive parents learn from their role models,” she says. “A healthy lifestyle comes first through recognizing unhealthy behaviors and then laying the groundwork for positive change.”
For Maat, that groundwork begins with forgiveness.
“You have to forgive,” she says. “You have to forgive yourself and you have to forgive those who’ve hurt you. When you’re a victim, you’re often angry – because you have every right to be angry, right? But anger, focusing on blame and thinking of yourself as a victim only perpetuates the dysfunction and the pain it brings.”
So, how does one begin to forgive oneself and others? Maat shares the steps she put together, which helped her learn how to identify what would move her forward on her healing path. She started by creating a list of the people and circumstances she needed to forgive and systematically working through the process:
1. Identify the people who have caused you pain and why you feel that pain. This validates your pain; it was real and deserves to be acknowledged.
2. Identify the pain you feel from others and consciously release it to the universe in a personal ritual that has meaning for you. You might write it down on a piece of paper and burn it. Or speak the words out loud and blow them away.
3. Allow yourself to forgive those who have caused you pain as a means to your physical, emotional and spiritual healing.
4. Identify the people you have caused pain and recognize why you caused them pain. It’s important to acknowledge that you, too, are capable of causing pain in order to forgive yourself and those you’ve hurt.
5. Identify the pain you have caused others with your actions.
6. Allow yourself forgiveness for the pain you have caused others as a means to your physical, emotional and spiritual healing.
While forgiving others for hurt caused intentionally is difficult, Maat says the hardest is forgiving yourself for pain you caused. But this is vital; in order to forgive others and to open yourself to positive energy, you must forgive yourself.
“From every hurtful moment, I learned something, and part of my process is to acknowledge each lesson and to be grateful for it,” Maat says. “Forgiveness was possible when I released the hurt because it no longer served a purpose.”
Amrita Maat is a nurse who reached a turning point in her life when she was injured while trying to avoid the advances of a physician who had sexually harassed her for years. For the first time, she stood up to an abuser by taking the man to court. But she had waited too long under the statutes, so she did not get her day of justice. Because of the nature of her memoir, Amrita Maat is a pseudonym.

Drew: How to Stay Safe by Properly Putting on and Removing Gloves