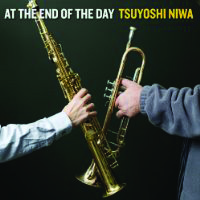 Set with a release date of September 24th is At The End Of The Day, the awesome new recording by soprano saxophonist Tsuyoshi Niwa. Presenting a wonderful collection of compositions, At The End Of The Day offers an excellent musical experience.
Randy Brecker (trumpet/flugelhorn), Yuichi Inque (piano), Phil Palombi (acoustic/electric bass) and Billy Kilson (drums) joined Tsuyoshi Niwa on this amazing project that was recording in a mere 24 hours.  Tsuyoshi Niwa states, “We had one day to record all six tunes. One day sounds long enough in terms of time.  The question was the quality of the first takes. I strongly believe that they are the only ones that would make sense musically. Doing take-twos could make the performances more accurate, but less inspiring. How do I produce the best results without breaking the natural flow? Fortunately, we’re the best five musicians to tackle the challenge. Not only did we record just one take for each tune, we did it in the same order as the album. It means that you’re virtually attending our recording session.” I am certain that fans will surely agree that this is one recording session not to be missed.
The tracks on At The End Of The Day were all composed by Tsuyoshi Niwa with the exception of “My Favorite Things” which Tsuyoshi Niwa arranged. In addition to the above, the listing includes “I Miss The Idea Of Her”, “Away And Home”, “Memories In Water”, “I Came Back For You” and the title track.  The End Of The Day features a few musicians having a good time that resulted in some beautiful tunes.
Tsuyoshi Niwa is a genius in more ways than one. He is a native of Tokyo where at the young age of 10 he became a computer programmer and began playing the trumpet.  Although he graduated with a degree in Chemistry, his love of jazz took precedence.  He eventually moved to New York where he studied with George Garzone and Phil Markowitz. During his career he has had the pleasure of working with Robert Glasper, Otis Brown III, Amalia Gre and numerous others. 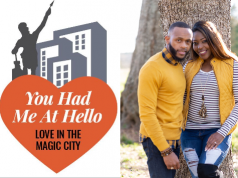 ‘Water your own grass . . .don’t be looking over the fence’