LEEDS, Ala. – Twenty-five students at Leeds High School make up the cast and crew of “Listen to that Cold Steel Ring,” an outdoor play that will be presented at the 2013 Leeds Fall Festival and John Henry Celebration.
The play will be performed at 11:30 a.m. and 1:30 p.m. on Saturday, Sept. 21, on the grounds of Leeds historic depot. It tells the story of John Henry in Leeds and the contest he waged with a steam drill at Oak Mountain tunnel, south of Leeds, in 1887.
The students began rehearsals in August and are working under the guidance of Jessica Frye, director of theater, Leeds City Schools. Frye teaches theater at Leeds High School and drama at Leeds Middle School.
After agreeing to stage the play at this year’s festival, Frye did extensive research about John Henry in Leeds as well as other interpretations of his life, including songs, children’s stories and animation.
“I think the audience will appreciate the clear narrative style of the play,” she said. This year’s production will include a traditional Greek chorus that represents the early population of Leeds. “It may make audience members feel as though they are hearing the voices of their local ancestors.”
Frye said she enjoys the play’s open format. “Keeping the entire cast on stage at all times reiterates the notion that bringing the railroad through those mountains was the work of many and that practically everyone would have played a part in the completion of the task.”
Most of the students involved in the production are performing, but others are working in technical areas, such as costumes and publicity.
“I hope that the students in the cast and crew take away a greater understanding of how the railroad influenced the early population of the Leeds community and that they better understand the great sacrifices that were made – including human lives – so that we can live here today,” Frye said. “I also hope they take away a sense of civic responsibility and the idea that communities are brought together through culture and the arts.”
The Leeds historic depot is located at 8335 Thornton Avenue in historic downtown Leeds.
For more information about the 2013 Leeds Fall Festival and John Henry Celebration, go to www.leedsfallfestival.com. 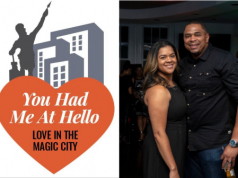