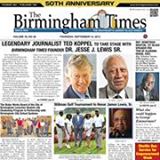 Sequestration has robbed the states and cities in the following ways:

The sequestration pain and cruelty is just a start, because Republican lawmakers are threatening a government shutdown unless “Obamacare” is de-funded. Republicans are running misleading ads in many of the states, so separate the  myths  from the facts. People working multiple jobs to make “ends” meet and still struggling are not impressed by these phony attempts. The GOP tea party clowns and fools are clearly in charge and has cannibalized the Republican party.