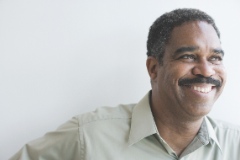 The Affordable Care Act (ACA) Medicaid expansion can mean the difference between a colonoscopy now and undergoing rounds of chemotherapy in the future. Access to primary care can help identify diseases early, preventing the pain and costs associated with treating a progressed problem.
In a few short months, Medicaid will be expanded to previously excluded  individuals and families. If you made $15,282 in 2012 as a single person or $25,975 as a family of three, you may qualify for Medicaid coverage, depending on where you live. Under the ACA, Medicaid eligibility will be extended to all groups of people under the age of 65 with an income below 133 percent of the Federal Poverty Level (FPL) who were not previously eligible for Medicaid. This includes childless adults, parents and children.
Men’s Health Network is promoting a “Welcome to Medicaid” first visit  for the new enrollees (http://www.menshealthnetwork.org/library/Medicaidwelcomephysical.pdf). For the substantial population off new enrollees who have undiagnosed or neglected health issues due to their previous lack of coverage, this visit could empower and provide them with peace of mind by integrating them into the healthcare system. It would help them understand how their Medicaid benefits work, it would allow them to establish a relationship with their healthcare provider, and will assess their health risks based on family history and other factors. Moreover, the savings or identifying and treating these issues before they would progress could be particularly large. Detecting chronic or pre-chronic conditions will significantly reduce costs in the long-term, as more expensive procedures and emergencies can be avoided with appropriate primary care.
It is advantageous for states to choose expansion sooner rather than later, as the federal matching rate will decrease incrementally. Initially, the federal government will cover the expenses of most newly eligible Medicaid beneficiaries at 100 percent for calendar years 2014 through 2016. This, however, will decrease to 95 percent in 2017; 94 percent in 2018; 93 percent in 2019; and 90 percent from 2020 forward.
If you are not sure whether you live in a state which has decided to expand its Medicaid program, there is a report by state on the status of State Action on the Medicaid Expansion Decision, as of July 1, 2013 as presented by the Kaiser Family Foundation (http://kff.org/medicaid/state-indicator/state-activity-around-expanding-medicaid-under-the-affordable-care-act/).
Men are most likely to be underinsured, but there are also many women and children living without health coverage. In addition, according to a new study by researchers at the University of Minnesota and at Harvard Medical School, which was published in the online medical journal Medical Care, men tend to put off health care when it costs more. Failure to take care of their health does not affect these men alone, but also their families, employers, and community as a whole. States need to make a special effort to enroll men in Medicaid.
For a list of Medicaid benefits covered in each state, limitations applied to those benefits, cost-sharing charges, and the reimbursement methodologies used for those benefits as of October 1, 2010. see this data collection at http://kff,org/data-collection/medicaid-benefits/.
There is a lot of disagreement about the ACA, but we can all agree that preventive services are a wise choice in the long run. By expanding Medicaid programs and implementing Welcome to Medicaid visits, states will not only provide those at risk and uninsured with better healthcare and quality of life, but will also produce state savings in the future.

Men’s Health Network (MHN) is a national nonprofit organization whose mission is to reach men, boys and their families where they live, work, play and pray with health prevention messages and tools, screening programs, educational materials, advocacy opportunities, and patient navigation. Learn more about MHN at www.menshealthnetwork.org and follow them on Twitter @MensHlthNetwork and facebook.com/menshealthnetwork.

Drew: How to Stay Safe by Properly Putting on and Removing Gloves