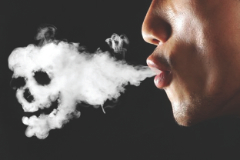 BIRMINGHAM, Ala. – As the American Cancer Society celebrates its 100th year in the fight to end cancer, it is encouraging smokers to use the 37th annual Great American Smokeout on Thursday, November 21 to make a plan to quit smoking and help finish the fight against tobacco. While smoking has decreased significantly since the 1950s, more than 43 million Americans – nearly one in five adults – still smoke, according to the Society. For resources and help, call your American Cancer Society at 1-800-227-2345 or go to www.cancer.org.

Some Ideas for Quitting:

*Make a long-term plan to quit smoking for good. Find tips and tools to help at www.cancer.org/healthy/stayawayfromtobacco/smoking.

*The American Cancer Society offers a Quit For Life Program operated by Alere Wellbeing, a phone-based coaching and Web-based learning support service to help people quit smoking. This program has helped more than 1 million tobacco users make a plan to quit for good. Even if you don’t participate in Quit For Life, download the free mobile app at www.quitnow.net.

*Take a quiz to find out what kind of smoker you are and if you need help to quit smoking, go to:  www.cancer.org/healthy/toolsandcalculators/quizzes/app/smoking-habits-quiz

*Play the American Cancer Society’s Zombie Smokeout game – download the free app for this action-packed mobile game, and when the urge to smoke hits you, soak zombies instead.  www.cancer.org/healthy/stayawayfromtobacco/greatamericansmokeout/zombie-smokeout-mobile-game
“This mobile game was developed in 2012 to help smokers keep their hands busy when the craving for a cigarette occurs,” said Sabrina Sexton, Digital Experience Strategist for the American Cancer Society. “Most people have their mobile device with them at all times. Zombie Smokeout can provide a fun distraction until the intensity of a tobacco craving passes.”

From 1965 to today, cigarette smoking among adults in the U.S. decreased from more than 42 percent to around 19 percent. Currently, smoke-free workplace laws protect 49 percent of the U.S. population from the dangers of secondhand smoke. Yet about 43.8 million Americans still smoke cigarettes. Every six seconds, someone in the world dies because of tobacco use. Each year, about 3,400 non-smoking adults die of lung cancer as a result of breathing in secondhand smoke, which contains more than 7,000 chemicals, at least 69 of which cause cancer. Smoking rates are increasing among women, particularly young women. Women and children account for 75 percent of the deaths caused by secondhand smoke.
The American Cancer Society created the trademarked concept and held its first Great American Smokeout in 1976 as a way to inspire smokers to quit for a day. One million people gave up smoking for a day at the 1976 event in California. While current smokers are encouraged to use the day to make a quit plan, non-smokers are asked to take action that will help finish the fight against tobacco, such as:

·         Tell lawmakers the fight against tobacco must be a priority. Become an American Cancer Society Cancer Action Network (ACS CAN) advocate at ACSCAN.org.
·         Encourage friends and family to visit cancer.org for tools to help them quit.
·         Spread the word. Visit cancer.org/smokeout for printable resources to post at your office, church, school, etc.
·         Donate to fund research and smoking cessation programs to help save more lives faster.