•    Before the Affordable Care Act, we had a broken health care system which allowed millions of Americans to go without health insurance. In every part of our country, consumers were either priced out or locked out of coverage, and millions more found out when they got sick that their coverage didn’t actually cover anything.

•    But because of the Affordable Care Act, it’s a new day for health insurance and for millions of families and individuals throughout our country.

•    That’s why we’re seeing such a strong response, and such heavy demand for the Health Insurance Marketplace.

•    The numbers show that there is a very strong demand for the affordable coverage being made possible by the Affordable Care Act.
•    More than 6 million Americans have been enrolled in the Marketplace and Medicaid.

•    Nearly 2.2 million signed up in private insurance through the Marketplace – and nearly 1.8 million of them signed up in December. That’s nearly five times as many people as signed up in October and November combined.

•    Among young adults, the momentum was particularly strong:  There was a more than eight-fold increase in December enrollments in the federal marketplace.

•    In addition, more than 3 million young adults have gained coverage, because the Affordable Care Act allows them to stay on their parents’ plan until their 26th birthday.

•    If you’re keeping score at home, this adds up to more than 9 million of our fellow Americans who have the security and peace of mind of health insurance.

•    Of those who have selected Marketplace plans, nearly eight in 10 (79 percent) have received financial assistance.

•    54 percent of those who have signed up for private insurance are women. And because of the Affordable Care Act, they can no longer be charged more because of their gender: being a woman is no longer pre-existing condition.

•    Thirty percent, nearly one in three, of people who have enrolled in a Marketplace plan are younger than age 35.

•    So as you can see, we’re seeing a very strong response to the Marketplace. Once again, let me remind you open enrollment runs through March 31.

•    There are many, simple ways to get covered, including online at HealthCare.gov (which is working smoothly), over the phone, in-person, on paper, and directly through an agent, broker, or issuer.

•    It’s a new day for health care – and for the millions of Americans who finally have the security and peace of mind of health coverage. 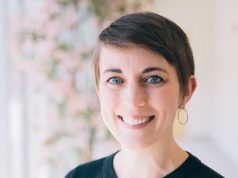 What Parents Need to Know About Vaccines and the COVID Pandemic

Drew: What is the Delta Variant and Its Impact? 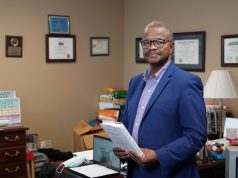 Birmingham-Area Therapists on Overcoming Stigma In The Black Community