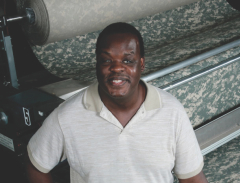 (NAPSI)—Many are surprised when they learn of the contributions that people who are blind make to both this country’s economy and armed forces.
For example, when the United States entered World War II, the American industrial base was in many cases staffed by people who were blind. They produced millions of the products used by the military both during the war and since then.
National Industries for the Blind (NIB), the nation’s leading employment resource for people who are blind, understands the capabilities of people who are blind and has helped thousands actively participate in the workforce, advance their careers and lead independent lives. This mission is important because 70 percent of working-age Americans who are blind, some of whom are military veterans, are not employed.
A cornerstone of NIB’s success with creating jobs for people who are blind has been its relationship with federal customers, including the U.S. military. People who are blind working at NIB and its nationwide network of nonprofit agencies have equipped members of the military with mission-critical supplies and equipment for generations. They have also delivered a variety of mission support services to enhance military operations.
During World War II, people who are blind manufactured 21 million mops, 41 million pillowcases and 17 million mailbags for the military. Today, people who are blind manufacture high-quality gear for the military including helmet covers, helmet pads, hydration systems, ammunition pouches and combat uniforms.
Additionally, military customers can find a variety of other products made by people who are blind, including office supplies, computer accessories and hardware, at 150 Base Supply Center stores located on federal or military installations across the country.
“People who are blind have been meeting the exacting specifications of the U.S. military for 75 years and counting,” said Kevin Lynch, NIB president and CEO. “There’s no stronger evidence of the impressive skills and abilities of this largely untapped talent pool.”
To learn more, visit www.nib.org. 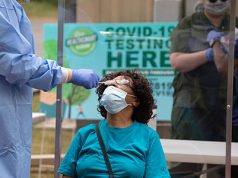