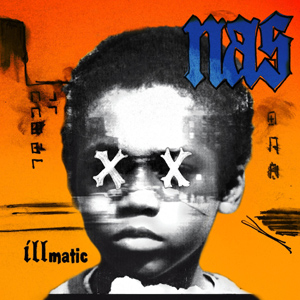 This year marks the twentieth anniversary of the release of Illmatic, one of the greatest hip-hop albums of all time that made Nas a household name.  To celebrate this event, a special 20th Anniversary Edition, justly titled Illmatic (Sony Legacy) XX will be in retail on April 15th. In conjunction, Nas will be touring the U. S. with a special concert this spring at the John F. Kennedy Center for the Performing Arts where he will perform all the titles on Illmatic.
The all-inclusive Illmatic XX will feature unreleased demos, rare remixes and a number of freestyles. Also coinciding with this release, is a feature length documentary titled Time Is Illmatic that will be available this year.  It offers a never before seen look at Nas beginning, the making of Illmatic and the impact that it had. The exclusive collection and film makes a most fitting tribute to Nas’ debut project that first portrayed his phenomenal, unique rap style in 1994.
Nasir bin Olu Dara Jones aka Nas is an American rapper, songwriter and actor. He is the son of jazz musician Olu Dara. He has garnered eight consecutive platinum and multi-platinum albums. He has his own record label, retail sneaker store, and magazine publishing. A philanthropist, Nas is a spokesperson/mentor for P’Tones Records, a not-for-profit after school music program that creates opportunities for urban youth through music.