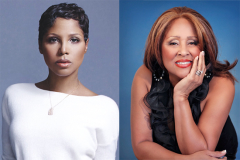 NEW YORK, N.Y. – OWN: Oprah Winfrey Network has announced six-time Grammy-winning artist and actress Toni Braxton is set to star as Darlene Love in the network’s first scripted TV film “My Name is Love: The Darlene Love Story.” In addition, superstar Justin Timberlake will kick off a star-studded new season of “Oprah’s Master Class” on May 11, and Oscar-winning actress Octavia Spencer will star in a two-night event mini-series “Tulsa” (working title) currently in development.
The network also announced a groundbreaking seven-part television event “Belief” presented by Oprah Winfrey, which explores humankind’s search for meaning and connection. Also, Tyler Perry’s popular drama series “The Haves and the Have Nots” and previously announced new series “Single Moms Club” (working title) each have received 20-episode orders.
“Coming off our most watched quarter in network history, we are excited to get to work on these new scripted projects with Octavia and Toni,” said Erik Logan, president OWN. “By diversifying our programming, we are also growing our audience, and these new projects put us in a great position to take the network to the next level.”
“Oprah, Erik, and I have big dreams for OWN and you are seeing them come true,” added Sheri Salata, president OWN. “With multiple scripted films and series in active development, Justin Timberlake headlining our brand new season of ‘Oprah’s Master Class’ and the addition of an epic worldwide event like ‘Belief,’ we are thrilled about what the future holds.” 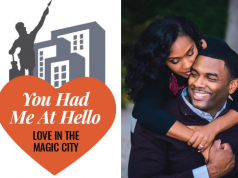