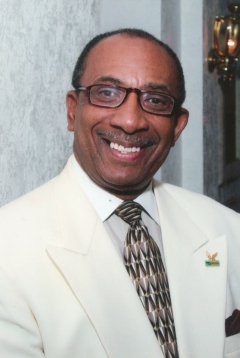 Lemorie “Tony” Carter, Jr. was the oldest of three children born to the late Mr. & Mrs. Lemorie Carter Sr. (Gloria). He made his grand entrance into this life on December 9, 1944 in Birmingham, Ala. From the start, he strived to make a strong, positive impact on the world through his time at Morehouse and Miles College, his devotion as a Brother of Alpha Phi Alpha Fraternity, Inc., his Air Force experience, and in serving the Birmingham community, even as a police officer.

Lemorie made his transition on Thursday, May 8, 2014.
Lemorie, also known as, “Tony” and “Biggie”, served as an assistant to Mayor Richard Arrington, Jr. whereby his work passion was to make a positive difference for the people in the community. This passion continued throughout his career as a Financial Literacy Coach with A.L. Williams, Primerica and most recently, Money 1st Financial.
He was preceded into eternal rest by his mother and father, Lemorie and Gloria Carter; his baby sister, Juanita Daniels; and an awesome little nephew, Jermil Finley.
He leaves to treasure his memories: a loving companion, Andrea Billingsley Whitfield (Sunshine); one precious sister, Shirley Robinson (Ba-Sur) (Luckie); one loving, proud daughter, Kristie Lemorie Carter Elmore (Butterfly) of Tyrone, Ga.; two sons, Lemorie III and Ronnie Carter (Cindy) of Atlanta, Ga. One God-son, Iva Williams, III; three “love-daughters”, Andrenetta (Ben), April and Amber; six grandchildren, Aaron, Avery (Peppermint Stick), Trinity, Kyzae, Atraeu and Kayden; and one great-granddaughter, Sierra; three nieces, Patrice Matthews (Rusty) of Cincinnati, Ohio, Dionne Daniels of Tampa, Fla., and Dildra Cook; two nephews, Leo Daniel and Rakeili Daniels, both of Tampa Fla.; and a host of loving great-nieces, nephews, cousins and friends.
One of his greatest joys was the love for his family, being a loving companion, devoted father, caring brother and being proud Uncle Tony. We will miss him dearly!
The wake is Wednesday from 5-7 p.m. at Davenport & Harris Funeral Home, and Alpha Phi Alpha Fraternity, Inc. Omega Services is at 6 p.m.  The funeral is Thursday, 11 a.m. at Sixth Avenue Baptist Church. 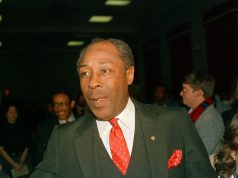 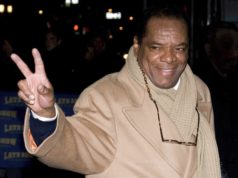 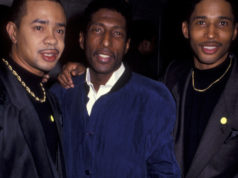