HOUSTON – Researchers at Baylor College of Medicine have identified a new approach to treating brittle bone disease, a congenital disorder that results in fragile bones that break easily.
The study, published in the current issue of the journal Nature Medicine, showed that excessive activity of an important signaling protein in the matrix of the bone called transforming growth factor beta is associated with the cause of the disease.
“There are many genetic causes of brittle bone disease in children and adults,” said Dr. Brendan Lee, professor of molecular and human genetics at Baylor and a Howard Hughes Medical Institute investigator. “We have discovered many of them but clinicians still cannot easily distinguish the different forms.”
Lee said the new study suggested that there may be common mechanisms that cause the decreased quality and quantity of bone in these different forms.
“This identified an important concept in bone disease that while many different genetic mutations can affect the proteins in the bone matrix (like collagen) they act in a common pathway to cause the bone disease – that is they affect how signaling proteins called transforming growth factor beta (TGFb) are delivered to cells in the bone,” said Lee. “We now have a deeper understanding for how genetic mutations that affect collagen and collagen processing enzymes cause weak bones.”
Collagen is the most common protein in the human body, and the four most common types are found in different types of tissues including bone, cartilage, blood vessels, and kidney.
In animal studies, Lee and his colleagues showed that blockade of the TGFb proteins using an antibody could restore the quantity of bone in mice with different forms of brittle bone disease.
“This treatment appears even more effective than other existing approaches,” said Lee.
There are currently drugs in development to block this pathway in humans, so eventually the work can be translated into human studies, he said.
Existing approaches revolve around symptom management such as prevention of bone fractures, physical therapy and bone strengthening drugs, not necessarily medications to target the underlying cause of the disease, he said.
The study is novel because it shows a personalized approach to more effective treatment patients with these forms of brittle bone disease.
“We hope this approach will also be useful in more common forms of osteoporosis,” said Lee.
Lee is also co-director of the Rolanette and Berdon Lawrence Bone Disease Program of Texas, a collaboration of Baylor, The University of Texas MD Anderson Cancer Foundation and the Center for Skeletal Medicine and Biology at Baylor, a member of the prestigious Institute of Medicine and founder and director of the Skeletal Dysplasia Clinic at Texas Children’s Hospital.
Co-authors on the report include Ingo Grafe, Tao Yang, Stefanie Alexander, Erica Homan, Caressa Lietman, Ming Ming Jiang, Terry Bertin, Elda Munivez, Yuqing Chen, Brian Dawson, all of Baylor; Yoshihiro Ishikawa and Hans Peter Bächinger of Oregon Health and Science University in Portland, Mary Ann Weis and David Eyre of the University of Washington in Seattle; T Kuber Sampath of the Genzyme Research Center in Massachusetts and Catherine Ambrose of the University of Texas Health Science Center at Houston.
Funding for this work was provided by the German Research Foundation/Deutsche Forschungsgemeinschaft, the Osteogenesis Imperfecta Foundation, Shriners Hospitals for Children, the Howard Hughes Medical Institute, and the National Institutes of Health. 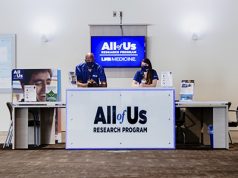 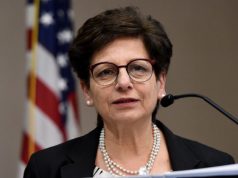