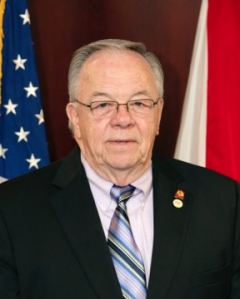 Earlier this year, a Washington Post article hailed Alabama, along with Alaska, as “national leaders” when it comes to taxing alcoholic beverages. “They are the only states that claim a spot among the top five with the highest excise taxes each for beer, wine and spirits, according to the free market-oriented Tax Foundation,” the newspaper reported.
That national ranking is something Alabamians should view with great pride. Not because we should feel glee in having high taxes. But because Alabama’s “sin taxes” are doing exactly what the vast majority of our citizens should want them to do: Raise badly needed revenue to help pay for essential state services, while helping control the consumption of alcohol and its negative consequences.
Recently, using information from the Beer Institute, The Post took a look at the other side of the alcohol issue – consumption. As illustrated by a series of maps The Post used to show alcohol consumption by type and state, Alabamians, per person, drink far less than residents of most other states.
Of course, this is no surprise to those of us charged by state law with “controlling” alcohol in the state. We have long taken pride in the fact that Alabama is among the states with the lowest per capita consumption of alcohol. In fact, when it comes to the hard stuff – liquor, or distilled spirits, as the industry terms it – Alabamians consume less per person than the residents of any other state, according to the federal government’s National Institute on Alcohol Abuse and Alcoholism.
Alabama is one of only nine states whose residents consume less than two gallons of alcohol per capita per year, say the surveillance reports of the NIAAA, a division of the National Institutes of Health.
For liquor, whose sale is more strictly controlled by the Alabama Alcoholic Beverage Control Board, Alabamians consume 0.58 gallon per capita per year, according to NIAAA data. That is the lowest of any state, including the District of Columbia.
We are No. 1. Not only is this something we should take pride in, it is a direct indication Alabama’s system of “control” is working efficiently. Alabama is getting the absolute most out of its alcohol taxes without having to drive up alcohol consumption, along with its associated social ills, such as alcoholism and drunk driving.
High revenue and low consumption: Isn’t that what Alabamians want from their alcohol control system?
In 2012, the ABC Board, through its operations, provided more than $210 million to state and local governments in Alabama. This included nearly $75 million to the state’s General Fund, $50 million to the state Department of Human Resources, $33 million to the Department of Mental Health, $22 million to education, $14 million to the Department of Revenue and more than $16 million to Alabama cities and counties.
The ABC Board produced those much-needed revenues while fulfilling its obligation to regulate the sale and distribution of alcoholic beverages, enforce the state’s alcohol laws, educate sellers and the public about alcohol issues, such as underage drinking, and to promote temperance.
The board operates more than 175 retail liquor stores that sell directly to the public. It also licenses and is the wholesale provider to more than 550 private package stores in the state. In addition, all restaurants that sell alcoholic beverages and all stores that sell wine or beer are licensed and inspected by the ABC Board.
Besides its role with alcohol, the ABC Board is responsible for enforcing state laws against youth access to tobacco products, conducting nearly 5,000 compliance checks a year. Plus, ABC undercover agents take part in street-level drug operations statewide.
All of this is done efficiently. The operations of ABC stores and warehouses, the board’s licensing and enforcement activities, plus its educational functions cost just 19 cents on each dollar made from the sale of liquor. That is a bargain for state taxpayers.
The control system is working for Alabama. In fact, it has worked for more than 75 years. Since the passage of the Alabama Beverage Act in 1937, ending prohibition in Alabama, the ABC Board has sent more than $6 billion to the state and local governments.
The ABC Board helps keep the state’s overall tax burden low by providing Alabamians a valuable return on “sin taxes” without encouraging more consumption.
That is a story well worth telling and celebrating.

H. Mac Gipson is administrator of the Alabama Alcoholic Beverage Control Board, which controls alcoholic beverages in the state through distribution, licensing, enforcement and education. Email: mac.gipson@abc.alabama.gov. 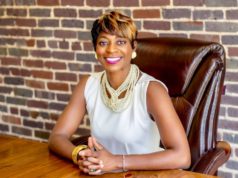 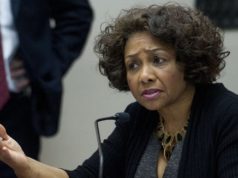