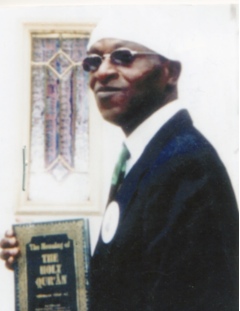 By Shakir Muhammad
Birmingham has more potential for economic growth and development than any big city in Alabama. Unfortunately too many small minds, big egos and backward thinking is keeping the city stagnated, locked in slow growth and a marginal player in the increasingly competitive Southeastern region. Birmingham has become a permanent satellite to Atlanta, Nashville and Memphis searching for a new identity in the post-civil rights era, while those leading pro-growth cities have continued to innovate, change and grow with the times. Birmingham is still a third rated city trying to keep pace with the region’s up and coming cities like Jackson, Little Rock and Knoxville.
However, with a little bit more imagination and strong leadership a whole lot of things could be a whole lot better for a whole lot of people. Certainly the city could take a giant leap forward if it would invest in more infrastructure development, pro sports and entertainment and supported the progressive leadership of Mayor William Bell. Birmingham must step up efforts and follow through on these key construction projects to maintain its competitive edge in the region.  1) Complete the northern Beltline;  2) Install a viable high speed light rail system;  3) Construct a brand new world class international airport;  4) Build an 80,000 seat dome stadium;  5) Purchase a NFL/MLB/NBA franchise to play in it;  6) Invite Tiger Woods to design a 72 hole major championship caliber golf course in the Metro-Birmingham area.
Incrementally this comprehensive pro-growth economic plan would be a win-win for the city, state and Metro-Birmingham’s rapidly expanding 1.052 million population. This plan would revitalize the regional economy, increase business activity and attract more people and sport fans into the downtown area. It would also reduce vehicular traffic and gridlock, spur more business development and mass mobilization of the people throughout the metro area. But more importantly this big job producing initiative would repatriate millions of dollars to the city, produce more tax revenue for the state and create thousands of high paying jobs for the people across every segment of the regional economy.