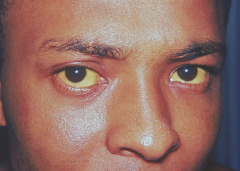 While alarming, these data points are no surprise given that the vast majority of those infected with the debilitating, costly and life threatening HCV virus – the leading cause of advanced liver disease, cirrhosis, liver cancer and liver transplants – are entirely unaware and asymptomatic. As worrisome, since the virus often goes undetected, individuals often unknowingly transmit the disease to others. Even those who are aware of their HCV positive status face barriers relating to exorbitant drug costs, which can currently reach a prohibitive $1,000 a pill. One recent report even cited a “jaw-dropping” prediction that spending on HCV treatment would surge by more than 100 percent in 2014 and by more than 200 percent in both 2015 and 2016. View additional frightening factoids about HCV bulleted down below.  Because myths abound about how the HCV virus is transmitted, far too many – like those who have never used recreational drugs and/or shared a needle with another person, for example – erroneously believe they are not at risk and never get tested. Many are surprised to learn that the population most at risk is the swelling baby-boomer generation. In fact, individuals born between 1945 and 1965 are a whopping five times more likely to have HCV than any other age group due to both previous blood transfusion screening and lifestyle issues. The overwhelming majority (more than 75%) of Americans who today are living with HCV are baby boomers. This is why the CDC and the United States Preventive Services Task Force (USPSTF) recommends that everyone born between the years 1945 and 1965 get a one-time screening for HCV – testing that is covered by insurance plans and Medicare in many cases.  But, baby boomers are not the only critically high risk population for HCV. African-Americans also have a substantially higher rate of chronic HCV infection and are twice as likely as Caucasians to be infected. In fact, chronic liver disease, often HCV-related, is the leading cause of death among African-Americans between the ages of 45 and 64.  With all of this in mind, public health advocate Pernessa Seele, founder and CEO of The Balm in Gilead  – a nonprofit organization that spearheads activism initiatives to proactively address life-threatening diseases like the silent but deadly viral HCV epidemic, is available for interviews and editorials on the reasoning’s, resolutions and frightening factoids (as listed below) regarding the rapidly escalating incidence of HCV in America.  For its part, HCV will be a primary topic of discussion at the upcoming Healthy Churches 2020 Conference to be held in North Carolina November 13-15 – an event Seele founded and oversees to directly address how faith-based communities, for their part, can play a more significant front-line role in addressing life-threatening diseases like HCV and others. Through this large-scale industry event, and also grassroots Town Hall Meeting forums that Seele hosts in cities across the United States, she is working tirelessly to educate regional populations on the risks and realities of HCV while concurrently helping faith-based organizations better achieve their community health-related goals.  “Our goal with executing events and forums, and our advocacy work at large, is to raise awareness about Hepatitis C and to mobilize communities all across America to get tested. Screening for Hepatitis C is the critical first step in connecting people with treatment and preventing the disease from spreading throughout our local communities, across the country and around the globe,” notes Seele.  “In addition, with so many Americans across a multitude of racial and age boundaries at high or direct risk for HCV, I also urge citizens to support common sense legislation like the Viral Hepatitis Testing Act (S.2538/H.R. 3723) that would help address this public health crisis by creating the first coordinated national system to address and combat viral hepatitis,” Seele continues. “By expanding hepatitis education, testing and care – with a concerted focus on reaching those most at-risk – this legislation would meet an essential need across the country. Indeed, this sound public policy will help ensure that baby boomers, African-Americans and other at-risk populations have unencumbered access to Hepatitis screening.”  Frightening Factoids about the Hepatitis C Epidemic and High Risk Populations Like Baby Boomers Unless current trends are reversed, the CDC predicts that deaths due to hepatitis C will double or even triple in the next 20 years. Quick diagnostic testing of baby boomers and other at-risk individuals can help reduce the spread of hepatitis C by connecting infected individuals with education and treatment, while improving general awareness of the disease. The CDC and the U.S. Preventative Services Task Force (USPSTF) have both recommended one-time screening of Americans born from 1945 through 1965, and this testing is covered by insurance plans and Medicare.

Baby Boomer Facts:
•    Hepatitis C (HCV), which is already a greater epidemic in this country than HIV/AIDS.
•    1 out of 5 people with Hepatitis C don’t know they have it!
•    More than 2 million U.S. baby boomers are infected with hepatitis C – accounting for more than 75 percent of all American adults living with the virus. Hepatitis C is a liver disease that results from infection with the Hepatitis C virus.
•    While anyone can get Hepatitis C, more than 75% of adults with Hepatitis C are baby boomers – born from 1945 through 1965.
•    Within the African American community, chronic liver disease, often Hepatitis C-related, is a leading cause of death among persons aged 45-64 years.
•    The Centers for Disease Control and Prevention has strongly encouraged that EVERY baby boomer in the country be tested, at least, once for HCV.
•    Hepatitis C causes serious liver diseases, including liver cancer (the fastest-rising cause of cancer-related deaths) and is the leading cause of liver transplants in the United States.
•    The GOOD NEWS is that with early screening and treatment, the virus that causes Hepatitis C can be eliminated from the body and liver damage – even liver cancer – can be prevented.

Baby Boomers:
•    Account for 76.5% of Hepatitis C Cases in the US
•    Disease acquired in the 1980s and 1990s
•    Individuals now presenting with liver cirrhosis and hepatocellular cancer
•    2X commoner in men than women
•    2X commoner amongst black men than Caucasian men
•    All individuals in this birth cohort regardless of other risk factors should get a hepatitis C test

Conclusion
•    There are many people infected with hepatitis C who do not know it
•    If undetected and untreated, hepatitis C can cause severe illness and premature death
•    There are simple, effective treatment with very few side effects available and more coming soon
•    Get tested today!

About Pernessa Seele  Pernessa C. Seele is founder and CEO of The Balm In Gilead is a 501(c) (3), a not-for-profit non-governmental organization (NGO) whose primary mission is to prevent diseases and to improve the health of individuals by building the capacity of faith and other communities to address life-threatening issues, including HCV, HIV/AIDS, obesity, cervical cancer and sexual violence, in areas of health education and service program design, implementation and evaluation. Now in its 25th year, Seele’s The Balm In Gilead operates out of both Richmond, Virginia in the U.S. and Dar es Salaam in Tanzania, providing technical support to over 10,000 institutions.  Seele has worked with three U.S. presidential administrations on important health issues. She is known for her extraordinary vision and ability to create national and global partnerships among leaders of various cultures and religious doctrines in areas of health promotion and disease prevention. Seele is the recipient of numerous citations and honors including being featured on the cover of TIME magazine in 2006 as One of the Most Influential Persons In the World. Ebony Magazine selected Dr. Seele as one of their Power 150; Essence Magazine has honored her with numerous features. In its 35th Anniversary issue, she was named one of the 35 Most Beautiful And Remarkable Women In The World; In May 2010, Dr. Seele was selected as 21 Leaders of the 21st Century of Women E-News in New York City.  Seele is a licensed minister; an honorary member of Alpha Kappa Alpha Sorority, Inc.; and a life-time member of The National Council of Negro Women. She received a Bachelor of Science degree and Master of Science from Clark Atlanta University in 1976 & 1979 respectively, and a Doctorate of Humane Letters from the College of New Rochelle, NY in 2007. She is a native of Lincolnville, S.C.

Drew: Are You Eligible for the Pfizer Booster Shot? 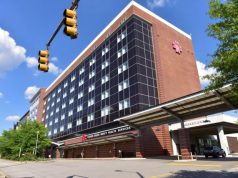 Drew: You’ve Been Vaccinated. Do You Need COVID-19 Booster Shot?