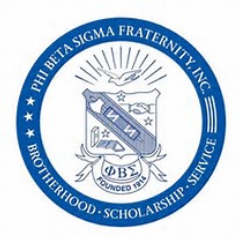 International President Jonathan A. Mason, Sr. To Preach At The Historic  Pleasant Grove Baptist Church on Sunday, November 30, 2014 at 10:45 am CST in St. Louis, Missouri

He Will Also Announce The Fraternity’s Plan For Healing And Rebuilding In  Ferguson And The St. Louis Metropolitan Area
WASHINGTON,  — In the aftermath of the grand jury decision not to indict Officer Darren Wilson for the killing of unarmed teenager Michael Brown, Phi Beta Sigma Fraternity, Inc. calls on the U.S. Department of Justice to continue to investigate, but to do it thoroughly with vigor and bring federal charges in this case. The failure of the justice system to produce an indictment and move on to a fair and impartial trial is troubling in the face of the publicly available evidence.
The International President of Phi Beta Sigma Fraternity, Inc., Jonathan A. Mason, Sr., had the following to say, “With all of the recent cases across the country of police officers killing unarmed African American males, the time for federal oversight is overdue. The unjust criminalization of young men of color by law enforcement is both tragic and devastating. The repeated lack of justice is unacceptable, and Phi Beta Sigma stands with other organizations and individuals across America who are calling for accountability.”
In addition, Phi Beta Sigma Fraternity, Inc. is committed to assisting the Brown family, the Ferguson community and the St. Louis metropolitan area in their quest for healing. Phi Beta Sigma Fraternity, Inc. is calling on those members of the public, who are destroying businesses and properties in Ferguson, to stop this unproductive activity. The organization will join the restoration and rebuilding efforts immediately.