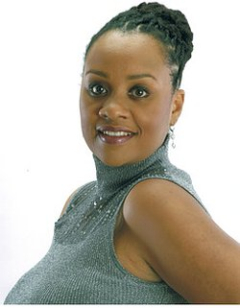 Charisse Carney-Nunes, writer, speaker and literary advocate, is the award-winning author of the children’s books, I Am Barack Obama (2009), I Dream For You A World: A Covenant For Our Children (2007) and Nappy (2006), as well as Songs Of A Sistermom: Motherhood Poems (2004).
I Am Barack Obama recently won a 2009 Honor Award from Skipping Stones Multicultural Magazine.
Charisse is the founder of a publishing company, Brand Nu Words LLC where she has sold over 18,000 books, and now concentrates on digital publishing. She is a senior officer of The Jamestown Project, an action-oriented think tank focusing on democracy; a Diamond Life Member of Delta Sigma Theta Sorority, Inc.; and a graduate of Harvard Law School, where she was a schoolmate of President Obama, Harvard Kennedy School of Government, and Lincoln University in Pennsylvania, where she was poet laureate.
Charisse has served as a speaker or presenter for numerous national and regional organizations, and has appeared on Inside Edition, ABC News Now, CBS’s CW Network, Comcast’s CN-8, Radio One, and American Urban Radio Networks. She resides in Washington, D.C. with her husband of over 14 years, Harvey, and their daughter and son.
Visit her website, www.BrandNuWords.com where you may contact her for bookings and engagements.