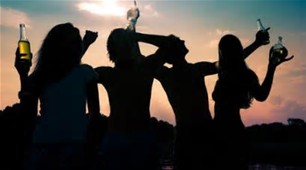 FAIRFIELD, Ala. – Just before they head off for spring break, students at Miles College will hear a special message from the Alabama Alcoholic Beverage Control Board, Mothers Against Drunk Driving and American Character Builders: Don’t let alcohol ruin your good time.

The ABC Board, in partnership with The Links Inc., will present its “Under Age,Under Arrest” program on underage and binge drinking to students at Miles College today, Monday, March 16. Miles students will be out the week of March 23 for spring break.

“It is important to get the message to students before they head off for spring break that they don’t need to drink to have a good time,” said Dean Argo, manager of government relations and communications for the ABC Board. “In fact, for most college students, those under the age of 21, alcohol should never be part of their spring break. It’s illegal for them to drink, period. And for those 21 or older, if they do drink, they should do so responsibly.”

“Alcohol can kill. We want students to return to school safe.”

This is the second year the ABC Board and the Birmingham area chapter of The Links have teamed to bring the “Under Age, Under Arrest” program to Miles College. “Under Age, Under Arrest” is a statewide educational and public awareness initiative launched by ABC Board Administrator H. Mac Gipson in 2013 to discourage underage and binge drinking. The program highlights the dangers and the legal and social costs of these forms of irresponsible drinking.

Taking part in the program will be ABC Board  officials and speakers representing Mothers Against Drunk Driving (MADD), the Alabama Citizens Action Program (ALCAP) and law enforcement.

State Troopers report that 62 people were killed and more than 1,000 injured between 2010 and 2012 in car crashes in Alabama caused by underage drinkers.

It is against the law for people under the age of 21 to consume or possess alcoholic beverages. It is also illegal for adults to provide alcohol to those under the legal drinking age. Penalties include fines, possible jail time and, for minors, the loss of their driver licenses.

The ABC Board is working with law enforcement and organizations such as MADD, Students Against Destructive Decisions (SADD), and ALCAP’s American Character Builders to help schools and colleges get the message to students and parents about the dangers of and penalties for underage drinking.

For more information about “Under Age, Under Arrest,” go online to www.underage-underarrest.com.

The Alabama Alcoholic Beverage Control Board controls alcoholic beverages through distribution, licensing and enforcement as well as education.