COURT APPROVES CONSENT ORDER TO FURTHER DESEGREGATE AND ADDRESS RACIAL INEQUALITIES IN HUNTSVILLE CITY SCHOOLS
WASHINGTON – The U.S. District Court for the Northern District of Alabama has approved a consent order filed by the U.S. Department of Justice and the Huntsville City Schools to reconfigure school attendance zones, improve access to quality course offerings and address racial discrimination in student discipline, among other areas.
In a 29-page opinion approving the consent order, U.S. District Judge Madeleine Hughes Haikala of the Northern District of Alabama called the plan a “game-changer” in the effort to finally eliminate the effects of state-mandated racial segregation in Huntsville.  As the court noted, “the record demonstrates that full and faithful execution of the proposed consent order will enable the district to eliminate the effects of segregation “root and branch” and will pave the way toward a declaration of unitary status…. Now it is up to the district to act.”
The consent order, which amends the longstanding desegregation order in Hereford v. Huntsville Board of Education, resolves the parties’ dispute over the district’s 2014 plan to redraw student attendance zones.  The department objected to the plan because it did not further desegregation or remedy racial inequalities in students’ access to quality academic offerings.  The consent order was approved by the court after a far-reaching investigation by the department and months of mediation.  It will require the district to provide equal educational opportunities to African-American students by:
·       revising attendance zones and growing and strengthening magnet programs to improve diversity at many of its schools;
·       expanding access for African-American students to pre-kindergarten, gifted programs, advanced course offerings such as Advanced Placement and International Baccalaureate, academic after-school programs, and college counseling;
·       implementing measures to promote faculty and administrator diversity;
·       ensuring that all students are aware of and can equally participate in extracurricular activities;
·       creating positive, inclusive school climates, and ensuring that student discipline is fair, non-discriminatory and does not unnecessarily remove students from classrooms;
·       establishing a desegregation advisory committee of students and parents to advise the district and inform the court about implementation of the consent order;
·       providing professional development for teachers on such topics as strategies for teaching students from diverse backgrounds, understanding implicit bias and supporting positive student behavior; and
·       continuously monitoring racial disparities to ensure meaningful and sustained improvement in student performance, students’ access to courses and rates of student discipline and other areas.
Judge Haikala’s opinion approving the consent order spoke directly to the students saying, “The consent order begins and ends with the district’s students – all of its students…The district believes in you and in your potential for success.  We all do….  Think about how much the City of Huntsville will benefit from the contributions that you will make in the years ahead as teachers and engineers, as doctors and lawyers, as artists and musicians.  You are an integral part of your community and have so much to offer.”
“This agreement provides for comprehensive remedies that are long overdue for African-American students in Huntsville,” said Principal Deputy Assistant Attorney General Vanita Gupta of the Civil Rights Division.  “We at the Civil Rights Division look forward to working with the district, the students and the community to implement the consent decree, instill equity and fairness in Huntsville schools, and strengthen the education provided to all students.”
“All of our children deserve the best possible educational opportunities,” said U.S. Attorney Joyce White Vance of the Northern District of Alabama.  “Our communities and our future are strengthened and improved when parties come together, as the Justice Department and Huntsville City Schools did here, to ensure that all children have equal access to quality education.”
The department will monitor and enforce the district’s compliance.  The school district may seek a declaration of unitary status and dismissal of the case when it can demonstrate sustained compliance with the terms of the consent order.
The enforcement of Title IV of the Civil Rights Act of 1964, which prohibits discrimination on the basis of race and other factors in public schools, is a top priority of the department’s Civil Rights Division.  Additional information about the Civil Rights Division of the department is available on its web site at www.justice.gov/crt. 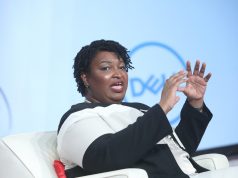 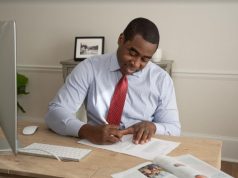 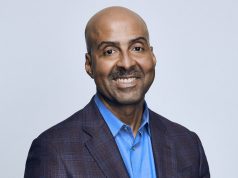