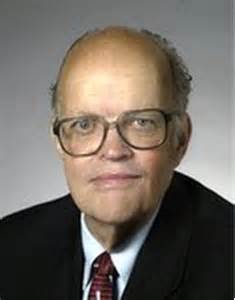 Duke University Professor Jerry Hough is on leave after his racially-charged comments on a news website comment section went viral.

In the recent post, he made references to “the blacks” and “the Asians” in response to an editorial about racism and the Baltimore riots.

Hough is listed as a political science professor on Duke’s website. He also made comparisons to minority groups in America.

His full comments in the New York Times are below:

This editorial is what is wrong. The Democrats are an alliance of Westchester and Harlem, of Montgomery County and intercity Baltimore. Westchester and Montgomery get a Citigroup asset stimulus policy that triples the market. The blacks get a decline in wages after inflation.

But the blacks get symbolic recognition in an utterly incompetent mayor who handled this so badly from beginning to end that her resignation would be demanded if she were white. The blacks get awful editorials like this that tell them to feel sorry for themselves.

In 1965 the Asians were discriminated against as least as badly as blacks. That was reflected in the word “colored.” The racism against what even Eleanor Roosevelt called the yellow races was at least as bad.

So where are the editorials that say racism doomed the Asian-Americans. They didn’t feel sorry for themselves, but worked doubly hard.

I am a professor at Duke University. Every Asian student has a very simple old American first name that symbolizes their desire for integration. Virtually every black has a strange new name that symbolizes their lack of desire for integration. The amount of Asian-white dating is enormous and so surely will be the intermarriage. Black-white dating is almost non-existent because of the ostracism by blacks of anyone who dates a white.

It was appropriate that a Chinese design won the competition for the Martin Luther King state. King helped them overcome. The blacks followed Malcolm X.