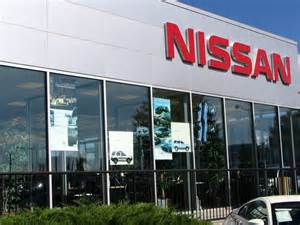 BIRMINGHAM – Federal agents this morning arrested KIMBERLY H. BRANCH, controller for Serra Nissan, based on a 16-count indictment returned by a federal grand jury last week, announced U.S. Attorney Joyce White Vance, Federal Bureau of Investigation Special Agent in Charge Roger C. Stanton and Internal Revenue Service-Criminal Investigation Special Agent in Charge Veronica Hyman-Pillot.
The indictment against Branch, 34, of Trussville, was unsealed this morning following Branch’s arrest at the car dealership. The indictment includes charges of a conspiracy and wire fraud related to a scheme to defraud Nissan North America Inc. between March 2013 and April 2013. According to the charges, Branch and others at Serra Nissan falsely reported cars as having been sold at Serra Nissan in Birmingham in order to obtain additional incentive payments that the dealership did not earn. This process, called “pooling sales,” occurs when a dealer owns or is associated with more than one dealership and combines or attributes sales from one dealership to another in order to meet sales incentives levels that each dealership would not reach on its own.
According to the indictment, Branch is the controller at Serra Nissan and was responsible for instructing another Serra Nissan employee to create false documents to hide the fraud, in the event Nissan North America audited the dealership. The 15 vehicle sales fraudulently reported at Serra Nissan caused Nissan North America to pay the dealership $82,750 in incentives, according to the indictment.
FBI and IRS-CID investigated the case, which Assistant U.S. Attorneys Amanda S. Wick and Jennifer S. Murnahan are prosecuting.
The public is reminded that an indictment contains only charges. A defendant is presumed innocent unless and until proven guilty in court.
###