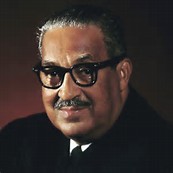 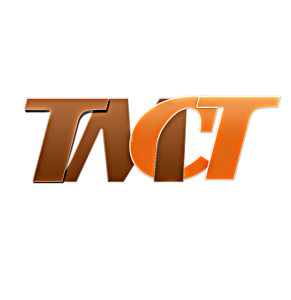 Washington, DC – June 30, 2015 On Thursday, July 2, on what would be Thurgood Marshall’s 107th birthday, the Thurgood Marshall Center Trust will screen the documentary film, “Pardons of Innocence: The Wilmington 10.” “Pardons of Innocence” recounts the turbulent history of desegregation from the late 1960s to 1971 as protestors fought for equal education for students of North Carolina’s New Hanover Public Schools.

Following the movie, a distinguished group of panelists will discuss the film against the backdrop of the range of social and racial issues that is riling the United States. The event, is free and open to the public, begins at 5:30 p.m., and takes place at the Thurgood Marshall Center for Service and Heritage, 1816 12th Street, NW.

About Thurgood Marshall: Marshall holds a special place in African-American history. Before he became this country’s first black Supreme Court justice, he forged a stellar legal career as a lawyer, judge and Civil Rights activist.

In 1936, Marshall became the NAACP’s chief legal counsel and founded the NAACP Legal Defense Fund four years later where he served as its first Director-Counsel. He was the key strategist and one of the lead attorneys in the decades-long effort to end racial segregation, and litigated a series of cases that would ultimately topple the pillars of segregation. As NAACP counsel, Marshall used the judiciary to bring about equality for African Americans, in an effort to ensure that blacks enjoyed all the rights and privileges of other Americans.

He argued “separate but equal” cases twice before the US Supreme Court in 1952 and 1953 and successfully challenged the law that legitimized “separate but equal” facilities for blacks and whites. In 1954, he and the NAACP legal team won the landmark Brown v. Board of Education case, as the US Supreme Court ended racial segregation in public schools.

He was the first African American appointed to the US Supreme Court in 1967 by President Lyndon Johnson and retired as Associate Justice in 1991.
###

About Pardons of Innocence: The Wilmington 10. The documentary film, produced by filmmaker Cash Michaels, details the labyrinthine road the activists had to travel to secure justice. After protests against an educational system that discriminated against black students, Wilmington, North Carolina authorities arrested 10 protestors: Chavis, eight black male students and a white female community organizer. A judge sentenced them to a total of 282 years in a sham trial for standing up for the rights of equal education for African-American students.

The protests by activists and hundreds of school children, led to an explosion of racial violence from white supremacists who drove through Wilmington’s black community, where they shot and killed several innocent blacks and burned buildings, including a white-owned grocery store. The Wilmington 10 was charged with conspiracy in connection with the firebombing and shootings. In 1977, after years of failed appeals in North Carolina courts, three witnesses for the state recanted their stories and admitted perjuring themselves.

Then-Carolina Gov. James B. Hunt refused to pardon the group but commuted their sentences in 1978. In 1980, the Fourth Circuit Court of Appeals overturned the convictions based on gross prosecutorial misconduct and a mélange of violations of the activists’ constitutional rights. While the appeals court directed North Carolina officials to retry the defendants or dismiss all charges, the state dragged its feet for the next three decades.

In March 2011, the NNPA, at the urging of Wilmington Journal Publisher Mary Alice Thatch, voted to pursue pardons of innocence for the Wilmington Ten. Several NNPA stories after an examination of previously unseen court records by reporters, showed compelling evidence of prosecutorial corruption and mainstream publications such as the New York Times joined the chorus of demands that the Wilmington Ten be pardoned.
In 2013, outgoing Gov. Beverly Perdue granted pardons to each member of the Wilmington 10.