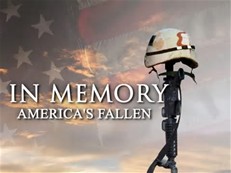 TUSCALOOSA, AL- Noah Galloway will be the featured speaker at the 2nd Annual Alabama All Veterans and Family Reunion. The event will be held August 28th-30th, 2015. All Alabama veterans, current service members and their families are invited to attend a weekend of celebration.
“We are honored to be able to host the 2nd Alabama All Veterans and Family Reunion in Tuscaloosa. This is an incredible event aimed at thanking our servicemen and women. We have worked extremely hard to bring in top-tier entertainment like Noah Galloway, the GIs of Comedy, Glen Templeton and more. The Veteran’s Reunion would not be possible without the generous support of the Tuscaloosa Delegation, who made history by being the only delegation in the state to pool their tourism grants for a single event. We should all be very proud that our elected officials realize the importance of thanking our Veterans.”
Sergeant Galloway is a native of Birmingham, AL and served during Operation Iraqi Freedom. Three months into his second tour of duty, he lost his left arm and leg in an explosive device attack. He is now a fitness guru and motivational speaker, along with recently taking third place in ABC’s Dancing with the Stars. Galloway appeared on the November cover of Men’s Health Magazine, as he was named the publication’s 2014 Ultimate Guy. He has also been a guest on national talk shows including Ellen, The Today Show and Good Morning America.
The GIs of Comedy will start the weekend on Friday night at the Bama Theater. The GIs of Comedy will be included in the weekend for the registered attendees, and tickets will be $5 per person for the general public. Saturday will consist of the Veterans Appreciation Festival hosted at the Tuscaloosa Veterans Affairs Medical Center campus with activities organized for veterans and family members.
The 151st Army Band will perform, along with country music artist, Glen Templeton. A Ceremonial Healing Walk will be held to honor and recognize fallen soldiers, as well as those still living and serving. The Eastern Region of the Mercedes Benz Car Club will also be in attendance.
Sergeant Galloway and Lieutenant General Willie Williams will speak Saturday night at a ticketed formal dinner.  Williams served as the director of the Marine Corps Staff and is one of only four African-American Marines to wear the rank of three-star general and is a graduate from Stillman College.
Sunday morning will open with a memorial service from 8 a.m. to 10 a.m. at Veteran’s Park. The weekend is free for registered attendees with the exception of Saturday’s formal dinner. To register for the event, go to www.alabamaveteransreunion.com.
For more information, contact Brandt Garrison, Director of Communication and Public Relations for the TTS, at 205.391.9200 or bgarrison@visittuscaloosa.com.
Tuscaloosa Tourism and Sports’s (TTS) mission is to increase economic impact to the City of Tuscaloosa by positioning Tuscaloosa as a destination for our targeted markets including sporting events, meetings, reunions and leisure tourism.  This generates lodging, dining, shopping and entertainment revenue for the City. To learn more, go to www.visittuscaloosa.com.