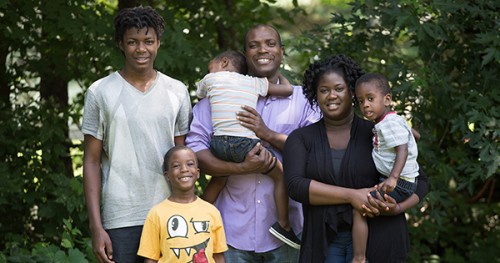 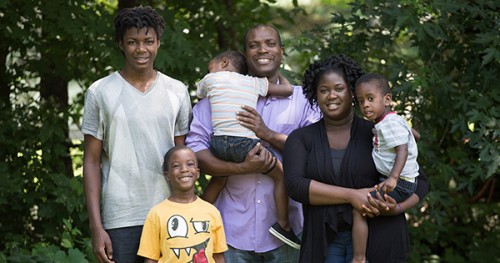 Nick Hillary with his Family

Nationwide (BlackNews.com) — New York resident & military veteran Nick Hillary (www.truthfornickhillary.com) is an African American father of five children who’s life has been turned upside down for a murder he did not commit.On October 24th, 2011, a 12-year-old boy, Garrett Phillips (who is white), tragically lost his life. Nick Hillary is charged with murdering 12-year-old Garrett Phillips inside Phillips’ Potsdam home. Phillips was found strangled and suffocated.

In the court documents, Tischler stated that neither Hillary’s fingerprints nor DNA evidence were able to connect Hillary to the boy’s death. Both Murray and Tischler stated that there are no witnesses who saw Hillary at Market Street apartment on the day Phillips was killed.

Hillary was reindicted on murder charges in January 2015 after the charges were dropped in October, 2014. The original charges were dropped due to accusations that Rain and other prosecutors improperly questioned witnesses and injected their own opinions to the grand jury.

“This is a case that is screaming for justice and every American needs to know about it. The DA prosecuting Nick Hillary ran her campaign promising to convict him for the crime. Hillary life & reputation have been destroyed and he has been threatened with bodily harm by members of the community. Nick Hillarydeserves justice.” said Hillary’s legal counsel, Attorney Lisa Marcoccia.

Nick Hillary has a Civil Rights Law Suit Pending against Potsdam Police Department that was initiated two and a half years before he was charged with murder.

(Interviews Available with Nick Hillary as well as his Attorneys.)