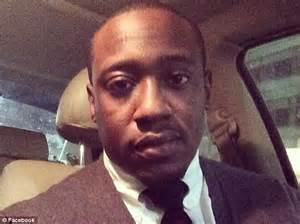 (CNN)When a police officer in Dayton, Ohio, handed John Felton a warning for a traffic signal violation, Felton asked whether he was stopped for something besides having out-of-state plates, according to a video of the conversation posted on Facebook.

“Because you made direct eye contact with me and held onto it when I was passing you,” the officer replied in the video.

Felton posted the video on Facebook. It’s another example of how the national conversation about police-community interaction, especially with minorities, is being scrutinized. Technology makes the interactions easy to record and to share via social media.

On Monday, Felton’s lawyer, Byron Potts, said he thought the officer’s actions were discriminatory. Potts said he plans to lodge an internal affairs complaint against the officer and may file a lawsuit.

Potts said he doesn’t have confidence the police will properly investigate themselves. “That’s like the fox guarding the hen house,” he said.

Dayton police didn’t reply to CNN’s request for comment on Sunday but tweeted, “We are aware of the video and are reviewing it.”

The city of Dayton issued a statement saying, “A Dayton police officer pulled John Felton over on August 15 for not signaling within 100 feet of a turn. During the stop the officer additionally acknowledged that Mr. Felton made sustained direct eye contact prior to being stopped. The traffic infraction was verified by the video; however making direct eye contact with an officer is not a basis for a traffic stop.”

Felton has agreed to have a conversation with the officer, facilitated by the Dayton Mediation Center, the statement said.

“The Dayton Police Department is a true partner in the community and enjoys a positive community-police relationship,” the statement said.

The officer’s race and identity are not known. He said his name at the start of the conversation, but it doesn’t come through clearly on the recording.

CNN affiliate WKEF in Dayton reported that Felton grew up in Ohio but now lives in Michigan. His car has a Michigan license plate.

He told WKEF the officer followed his car about two miles and originally said he had committed a minor traffic offense: not signaling more than 100 feet before making a turn.

“I got a nice car,” Felton said to WKEF. “I don’t know if he seen I was a black male. I feel like I was targeted, the Michigan car and it was about 11 o’clock at night.”

Felton let the officer know he was recording the conversation and complained about being followed.

When the officer stepped away from his car, Felton said on the recording, “He followed me for about 2 miles and when I got to my mom’s house he wants to pull on his lights. … He ain’t about to Sandra Bland me.”

Felton was referencing Sandra Bland, who was found dead on July 13 in a cell at the Waller County Jail in Texas. She was incarcerated after allegedly assaulting an officer during a July 10 traffic stop. Her death was ruled a suicide.

In the video Felton recorded, the officer gives Felton a warning. Felton then asks why he was stopped.

“I’m not doing nothing, because I have a Michigan plate, other than that why are you trailing me?” Felton said on the recording.

“You made direct eye contact with me and held onto it when I was passing you,” the officer said.

“I am not going to argue about it anymore with you, sir,” the officer said. “I’ll just scan your license and give you a citation for the violation, and you could take it to court.”

“OK, sir,” Felton says. He and the officer then drove away.