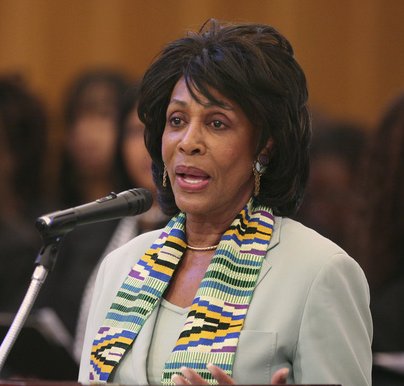 The Honorable Maxine Waters
Ranking Member, Committee on Financial Services
Representing California’s 43rd District
LOS ANGELES – Congresswoman Maxine Waters (CA-43), Ranking Member of the Committee on Financial Services, released the following statement upon the passing of civil rights leader Julian Bond:
“It cannot be understated what a loss Julian’s passing is to the civil rights community. He was an icon whose message of equality knew no boundaries. As an early student of Dr. Martin Luther King, Jr., Julian firmly believed that the law should protect and respect the dignity of all oppressed and marginalized communities. His advocacy therefore extended beyond the fight for the equal protection of African Americans, and included women, the LGBT community, and people of color abroad. I especially recall Julian’s involvement in anti-apartheid protests as we worked nationwide to ensure the United States did not encourage and support racial segregation in South Africa.
As a co-founder of Southern Poverty Law Center, Julian remained a consistent and credible voice in the advancement of public policies designed to protect the most vulnerable and underserved communities in the country. Julian’s tireless pursuit of justice never wavered and his commitment to equality made a real difference in the lives of so many Americans. And while he’s no longer with us, Julian’s legacy lives on not just in the many organizations he led, but also in the people he inspired and whose lives were forever changed by his vision and work.”
Julian Bond was an American civil rights leader, activist, writer, professor, and state legislator. As a young college student active in the Civil Rights Movement, Bond co-founded the Student Nonviolent Coordinating Committee (SNCC), where he served as communications director for several years. He was also instrumental in creating the Southern Poverty Law Center, a public interest and civil rights law firm headquartered in Montgomery, Alabama. As a member of the Georgia State Legislature, Bond was a tireless advocate for minorities and for the poor. In 1998, he was chosen as Chairman of the N.A.A.C.P., where he served until 2010.