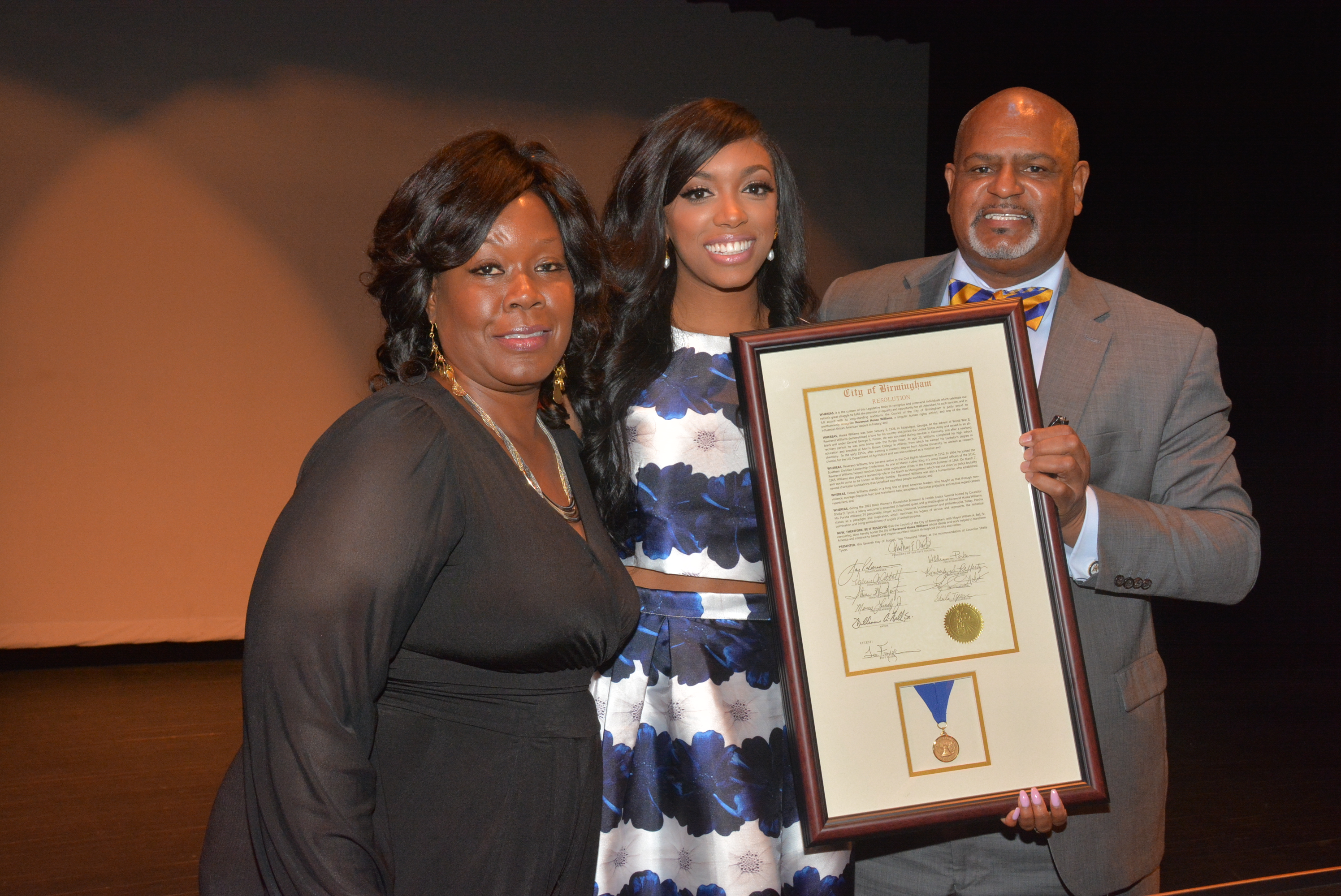 However, after another full day of inspiring and motivating life stories, it was mission accomplished for the first-term elected official.

“I am just overwhelmed by the response by all of attendees – especially the high school students,” Tyson said. “We set out to make sure this was a life changing experience, and with the help of some amazing people – we did it!”

“It is our charge to share information about issues that impact our lives on a daily basis,” Tyson said. “We don’t want people to just enjoy the day. We wanted them to walk away with practical lessons they can apply to their own lives. We wanted women leave there stronger, and then go out into the community showing that strength.”

One of the day’s highlights was Sewell’s impassioned plea for young people to chase their dreams.

“I’m grew up in little Selma, Alabama,” she said. “And, with a lot of hard work, I found myself at Princeton University. A few years later, I sat next to a guy in my law class who would become the 44th President of the United States – Barack Obama. All of this is only possible because of education and hard work.”

Porsha Williams of “the Real Housewives of Atlanta”, encouraged the students to set big goals and to create their own pathway to success. Williams, granddaughter of Martin Luther King confidant Hosea Williams, was a hit, as she talked about her journey to becoming a TV star. She also thrilled the young people in attendance as she took more than one hundred photos and “selfies” with students.

The topics at the Summit ranged from career exploration to entrepreneurship to civic engagement to health justice. Part of a multi-city national tour, the Black Women’s Roundtable is a project of the National Coalition for Black Civic Participation.

Tyson expressed appreciation to Darrell Hudson, principal of A. H. Parker High School, and his entire staff for hosting the event and making it a success.