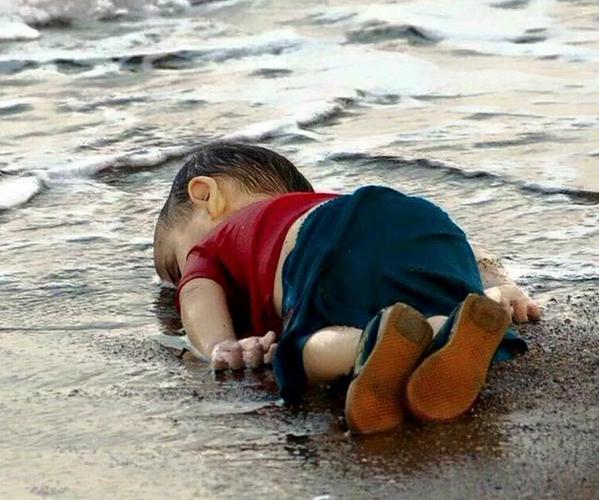 (CNN)He’s maybe a year old. Lying face down, his head to one side with his bottom slightly up — the way very young children like to sleep.

But the water is lapping around his face and his body is lifeless.

The boy, in a red T-shirt, blue pants and tiny shoes with Velcro straps, was one of 12 people who drowned off Turkey and washed up on a beach Wednesday.

A photo of him lying alone and being approached by an official has been shared widely around the world, often with the Twitter hashtag #KıyıyaVuranİnsanlık or “Flotsam of Humanity” in Turkish.

How you can help in the migrant crisis

We don’t know his name yet, or where he came from, though the local governor’s office said he and the other victims were Syrian refugees.

We do know he’s just one of more than 2,600 people who have died trying to cross the Mediterranean to Europe this year alone, according to the International Organization for Migration.

More than 350,000 people have arrived in Europe so far this year, seeking sanctuary from war or persecution or poverty or just seeking a better life.

There’s been a wildly different response from governments and citizens, some wanting to take people in, others shutting them out.

This boy’s death has at least been noticed and caused anguish. He may yet affect policy.

Things to know about the migrant crisis