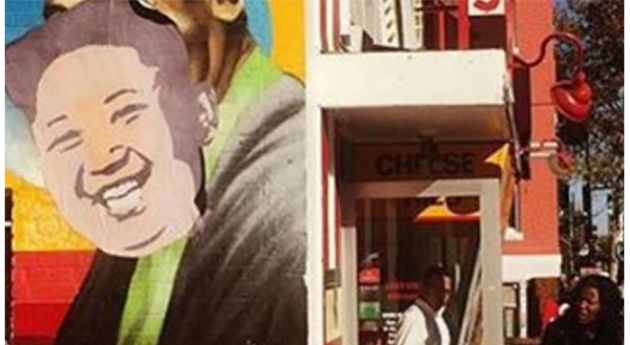 Someone defaced a famous D.C. mural of Bill Cosby, replacing the comedian’s face with that of North Korean leader Kim Jong Un.

The mural at Ben’s Chili Bowl on U Street NW shows Cosby and President Barack Obama, the only two people allowed to eat there for free, the restaurant boasts.

D.C. graffiti artist “Smear leader” has taken responsibility for the picture saying, “Kim’s Chili Bowl. Instead of looking at a sexual predator, people can celebrate in jubilation that the great leader is now on their Wall. Eat (expletive) Cosby.”

“What I would like for people to take away from this particular event is that it is an embarrassment to residents of D.C. old and new that his face is still up on the wall mural,” Smearleader told News4.

The comedian has been a huge supporter of the restaurant, appearing at their 55th celebration back in 2013. 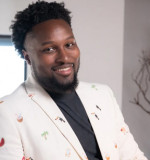