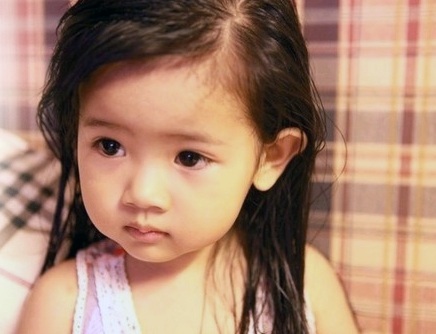 BEIJING (AP) — China’s decision to abolish its one-child policy is a boon to couples and to sellers of goods from formula to diapers to toys. And it might help defuse economic stresses caused by an aging population.

The impact of the surprise change announced Thursday is expected to be gradual. But with incomes rising in the world’s most populous country, even a small uptick in births could translate into higher demand from Chinese that could ripple around the world.

The decision to let all married couples have two children, ending a policy that limited many urban families to one, coincides with official efforts to encourage economic growth based on consumer spending.

Wei Guang, the father of an 8-year-old son, said he and his wife already were considering whether to have a second child, even though the cost was daunting. Wei said food, clothes, nannies, after-school lessons and other expenses can cost 100,000 yuan ($16,000) a year.

Citigroup researchers said they expect a 5 percent to 10 percent rise in Chinese births.

The one-child policy had been intended to conserve resources, and the ruling Communist Party has said it led to 400 million fewer births. But that also caused China’s average age to soar, prompting concern about whether a shrinking workforce could support a growing pool of retirees.

China already had one of Asia’s highest median ages at 37.3 years in 2014, and that could rise to 40 by 2025, according to Media Eghbal of Euromonitor International, a research firm.

The size of China’s working-age population ages 15 to 64 is set to decline starting next year, according to Eghbal. Euromonitor estimates that the workforce will shrink by 11 million people in 2015-20.

The latest change “is significant and likely a response to the pressures that have been building,” said Eghbal.

No one anticipates any immediate boom in babies or economic growth for China. It will take decades for babies born under the relaxed policy to have a significant effect on the workforce.

“Everything for the next 15 or 20 years is already baked into the cake,” says Nicholas Eberstadt, a demographer at the American Enterprise Institute.

Because of the cost of raising a child, some Chinese families may also hesitate to take advantage of the policy change.

“The effect will be minor because a lot of people seem to be happy with one child now,” says University of Washington anthropologist Stevan Harrell, who has studied Chinese demographics. “That would not have been the case 30 years or even 20 years ago.”

Still, analysts suggest that the end of the one-child policy could help eventually.

“It clearly will help the economy but not in the near future,” says Seth Kaplowitz, a lecturer in finance at San Diego State University who worked in China’s real estate market in the late 2000s. “Having the birth rate go up will definitely stimulate the economy.”

Kaplowitz predicted that an increase in babies will eventually provide a “whole new base of opportunity” for U.S. and other consumer products companies. A string of Chinese product safety scandals has helped boost demand for imported milk, food and baby care products, allowing foreign brands to charge premium prices.

On Thursday, shares of Mead Johnson Nutrition Co., which makes Enfamil and other baby formula, rose more than 3 percent. The company, based in Glenview, Illinois, derived more than half its revenue between July and September from Asia.

“China is an important market for us, and we will be carefully monitoring this latest policy adjustment,” said Chris Perille, a company spokesman.

Jeremy Haft, an entrepreneur who does business in China and is the author of “Unmade in China: The Hidden Truth About China’s Economic Miracle,” says, “The bad news for China is that the demographic damage has already been done.”

But Haft adds: “The good news for American companies is that as China’s population growth accelerates, all these people will need to be fed, clothed, housed, healed, powered, transported, and networked. It’s an opportunity to create trillions of dollars in new prosperity and millions of new jobs in American agriculture, manufacturing, and services.”

The birth limits that were enacted in 1979 dramatically changed the status of children in Chinese society. Even families with modest incomes lavish money on their “little emperors,” paying for dance, music and English classes.

Su Weihua, the mother of an 8-year-old daughter in the southern city of in Guangzhou, said she was making plans to become pregnant next year. She already is thinking about how to pay for a second child.

“I think we may spend less on things like traveling, luxury goods, expensive new phones or a bigger house,” said Su, 36.