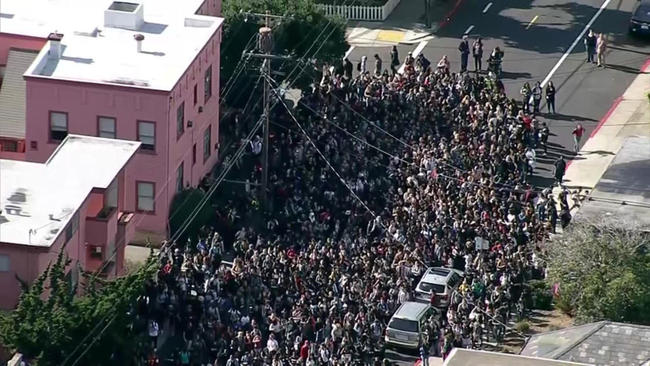 Roughly 1,500 Berkeley High School students marched through city streets Thursday to demonstrate their fear and anger over a racist message left on a campus computer, threatening a lynching next month.

Joined by their school principal, students walked out of their classes about 9 a.m. and made their way to UC Berkeley to protest.

“They are really afraid because they have been threatened by this message,” said Mark Coplan, a spokesman for the Berkeley Unified School District. “They are calling on everyone to come up with solutions to end this kind of madness.”

The message was designed to look like a website and was uploaded Wednesday afternoon to a computer inside the campus library, he said. Someone took a screenshot of the message, which the Black Student Union later tweeted.

See the most-read stories this hour >>

The message said, “KKK Forever Public Lynching December 9th 2015” with a photograph of students sitting in front of a computer in a library.

The Black Student Union responded to the message, saying “This happened at our school! When … will we as black students feel safe?”

District officials are investigating and have called on law enforcement agencies, including the FBI, to determine the source of the threat, Coplan said.

Students and district officials plan to meet next week to talk about ways to deal with the incident, said school board member Beatriz Leyva-Cutler.

“I think this post is disgusting,” she said. “It hurts our students.”

The walkout, she said, allowed students to demonstrate unity “because black lives matter.”

In an email to parents and students Wednesday, Berkeley High Principal Sam Pasarow called the message a hate crime, saying “messages such as this one will not stand in our community.”

“We are working hard to create a positive and inclusive school culture and we recognize the deep pain and rage that hate crimes such as this one bring to our students of color as well as the damaging effects on our entire community,” he said in his statement.

This week’s hate message is the third reported incident since last year in the district, school officials said.

In fall 2014, a noose was found hanging at the Berkeley High campus.

Last spring, someone hacked into a digital yearbook file and changed the part where it describes students’ futures and changed the heading to “future trash collectors,” Coplan said. District officials believe the hack was targeting students of color. 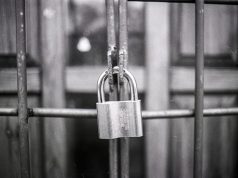