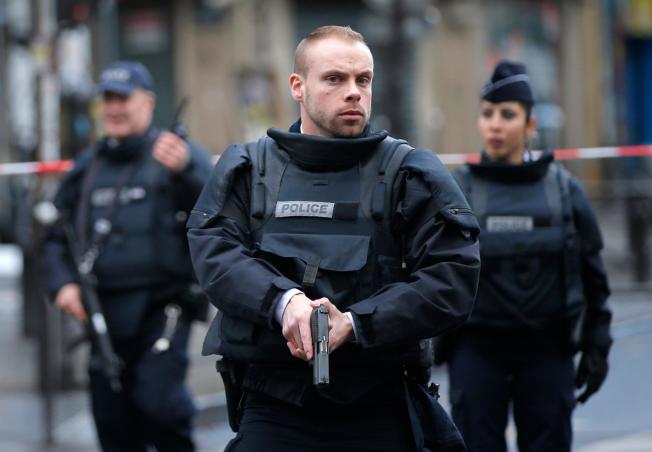 BY LORI HINNANT AND ELAINE GANLEY 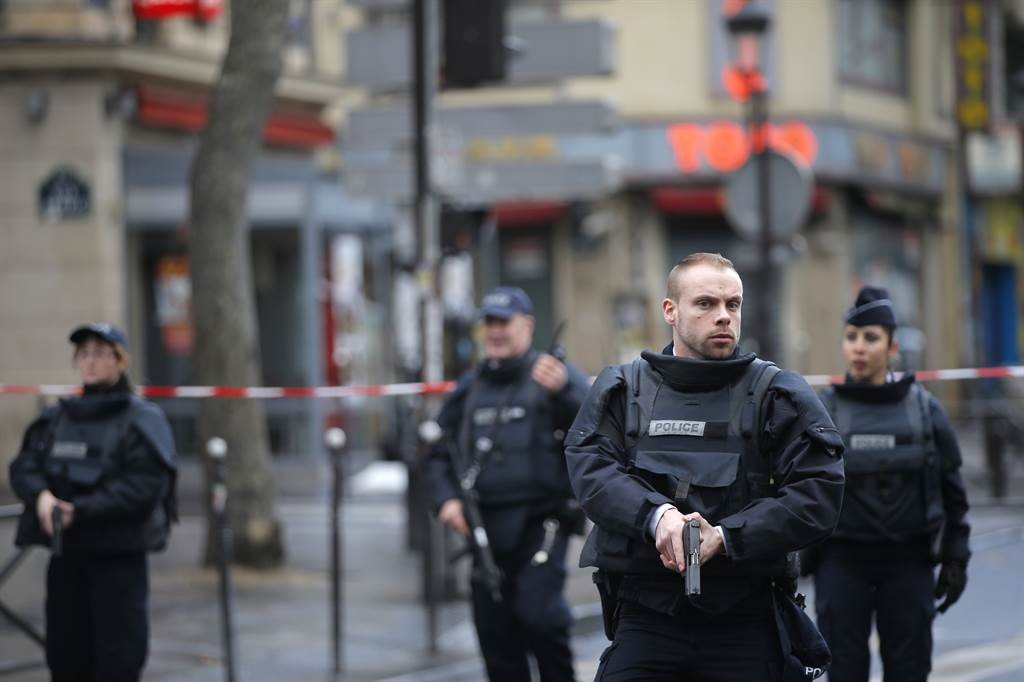 PARIS (AP) — Police shot and killed a man wearing a fake explosive vest who threatened them with a butcher knife at a Paris police station Thursday, a year almost to the minute after two Islamic extremists burst into the offices of the satirical newspaper Charlie Hebdo, killing 11 people and unleashing a bloody 12 months in the French capital.

The Paris prosecutor’s anti-terrorism unit opened an investigation after police found a cell phone, a piece of paper with an emblem of the Islamic State group, and “an unequivocal written claim of responsibility in Arabic” with the man’s body, the prosecutor’s office said. It did not provide details about the claim.

France has been under a state of emergency since a series of attacks claimed by the Islamic State group killed 130 people in Paris on Nov. 13, and tensions increased this week as the anniversary of the January attacks approached. Soldiers were posted in front of schools and security forces were more present than usual amid a series of tributes to the dead.

Officials said the man shot to death Thursday threatened officers at the entrance of a police station near the Montmartre neighborhood, home to the Sacre Coeur Cathedral. Just moments before, French President Francois Hollande, speaking in a different location, paid respects to officers fallen in the line of duty.

The man at the police station is believed to have cried out “Allahu akbar,” Arabic for “God is great.” He has not been identified, and Interior Ministry spokesman Pierre-Henry Brandet told The Associated Press that police do not believe anyone else was involved.

Alexis Mukenge, who saw the shooting from inside another building, told the network iTele that police told the man, “Stop. Move back.” Mukenge said officers fired twice and the man immediately dropped to the ground.

Video shot from a window above the station and provided to The Associated Press shows the man’s body lying on the ground in a pool of blood, a bomb-detecting robot nearby.

The Goutte d’Or neighborhood in Paris’ 18th arrondissement, a multi-ethnic district not far from the Gare du Nord train station, was briefly locked down, and two metro lines running through the area were halted. They reopened after about two hours Thursday.

Two schools were under lockdown, and police cleared out hundreds of people in the area. Shops were ordered closed and shop owners hastily rolled down metal shutters.

Nora Borrias was unable to get to her home in the neighborhood because of the barricades. Shaken by the incident, she said “it’s like the Charlie Hebdo affair isn’t over.”

Hollande had said earlier that a “terrorist threat” would continue to weigh on France. The government has announced new measures extending police powers to allow officers to use their weapons to “neutralize someone who has just committed one or several murders and is likely to repeat these crimes.”

At 11:35 a.m. on Jan. 7, 2015, two French-born brothers killed 11 people at the building where Charlie Hebdo operated, as well as a Muslim policeman outside. Over the next two days, an accomplice shot a policewoman to death and then stormed a kosher supermarket, killing four hostages. A total of 17 people died, as did all three gunmen.

Hollande especially called for better surveillance of “radicalized” citizens who have joined Islamic State or other militant groups in Syria and Iraq when they return to France.

“We must be able to force these people -and only these people- to fulfill certain obligations and if necessary to put them under house arrest … because they are dangerous,” he said.

Hollande said officers die in the line of duty “so that we can live free.”

Following the January attacks, the government announced it planned to give police better equipment and hire more intelligence agents.

France has been on high alert ever since, and was struck again Nov. 13 by extremists in attacks that killed 130 people at a concert hall and in bars and restaurants.

Survivors of the January attacks, meanwhile, are continuing to speak out.

Laurent Sourisseau, the editor-in-chief of Charlie Hebdo and cartoonist who is better known as Riss, told France Inter radio “security is a new expense for the newspaper budget.”

“This past year we’ve had to invest nearly 2 million euros to secure our office, which is an enormous sum,” he said. “We have to spend hundreds of thousands on surveillance of our offices, which wasn’t previously in Charlie’s budget, but we had an obligation so that employees feel safe and can work safely.”

After the attacks, people around the world embraced the expression “Je suis Charlie” to express solidarity with the slain journalists, targeted for the paper’s caricatures of the Prophet Muhammad.

“It’s a phrase that was used during the march as a sign of emotion or resistance to terrorism,” Charlie Hebdo cartoonist Corinne Rey – known as Coco – told France Inter radio. “And little by little, I realized that ‘I am Charlie’ was misused for so many things. And now I don’t really know what it means.”

© 2016 The Associated Press. All rights reserved. This material may not be published, broadcast, rewritten or redistributed. Learn more about our Privacy Policyand Terms of Use.