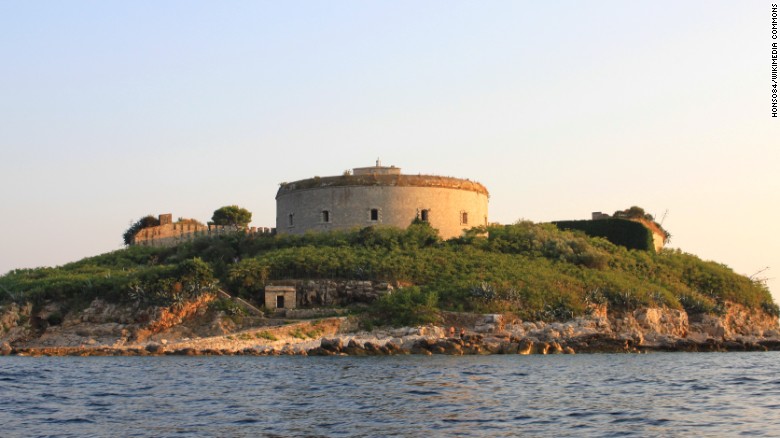 By Pietro Lombardi, for CNN

(CNN)Since the end of World War II, many of Europe’s former concentration camps have stood as solemn memorials to those who perished within.

Now, one could be transformed into a luxury beach resort — a decision that’s sparked international outrage.

With a diameter of just 200 meters, the uninhabited rocky Adriatic island of Mamula is barely visible on the map.

Situated on the bay of Kotor, on the border between Montenegro and Serbia, it’s dominated by a 19th century fortress.

During World War II it was used as a concentration camp by occupying Italian troops serving under fascist dictator Benito Mussolini.

It’s claimed 2,300 people were imprisoned there, of whom 130 were killed or starved to death.

Those grim times are a stark contrast to the future now being proposed for the island.

The Montenegrin government has greenlit a project to transform Mamula into a resort, complete with swimming pools, yacht marina, spa, restaurants and dance floor.

It granted a 49-year lease to Swiss-Egyptian developer Orascom at the nominal price of $1.64 per square meter.

The company says it ‘ll invest $16.3 million in the project.

“We were facing two options: to leave the site to fall into ruin or find investors who would be willing to restore it and make it accessible to visitors,” Olivera Brajovic, head of Montenegro’s national directorate for tourism development, told AFP. 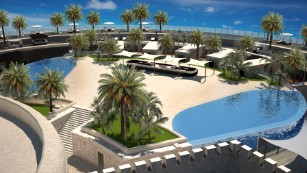 Swimming pools and palm trees: A visualization of the luxury resort that will be built on Mamula Island. Source: mamulaisland.com

Orascom did not immediately respond to requests for a comment.

“Salt & Water, the firm behind the design, wrote on its website that the concept was aimed at preserving “one of the most impressive architecture landmarks of Montenegro.”

Among those angered by the plans are family members of the camp’s wartime prisoners.

“To build a luxury hotel dedicated to entertainment at this place where so many people perished and suffered is a blatant example of lack of seriousness towards history,” Olivera Doklestic told AFP.

Her grandfather, father and uncle were imprisoned at Mamula. 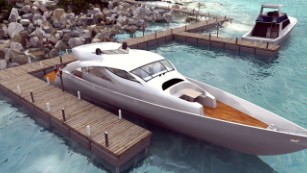 A visualization of the yacht marina. Source: mamulaisland.com

“No concentration camp in the world has been transformed into a hotel,” she said.

According to news website Balkan Inside, the Montenegrin government defended its decision, saying the project will boost local economy.

It said Mamula’s history would be respected, since the plan includes a “memorial room or a museum.”

The controversy over the island fortress began in December 2013 when the government advertised it as an investment opportunity fit “to satisfy the needs and demands of a wealthy clientele.”

he world has been transformed into a hotel,” she said.