Decades before Beyonce made the world stand still with her iconic performance at Super Bowl 50, one radical woman affiliated with the Black Panthers paved the way for women to be strong and confident. As Beyonce inspired little girls to “fight the power,” Angela Davis’ influence shined brighter than ever before.

Holding her fist proudly in the air, Angela Yvonne Davis found herself immersed in America’s history when she was named one of the FBI’s Most Wanted in 1970. Standing tall and firm, the Birmingham native didn’t allow the intimidation tactics of an unjust government to silence her as an advocate of equality. Clearing the record, Davis’ attorney later proved the charges to be false and she was found not guilty.

However, the tumultuous experience made her more aware of the injustices that plagued thousands of incarcerated women across the world.

Over her nearly 50 year career in activism, Davis has authored nine books, hosted lectures in three continents, and has taught classes at some of the world’s most distinguished colleges and universities. The Distinguished Professor Emerita at the University of California, Santa Cruz is also one of the founding members of “Sisters Inside,” an abolitionist organization based in Queensland, Australia that works in solidarity with women in prison.

Although it has taken nearly five decades for the world to conceptualize her analytical views of education, her beliefs of intellectual liberation are slowly becoming the cornerstone of educational curriculums and assessments. Despite her not so glamorous past, Davis is truly a heroine to millions as she is respected across the world.

Angela Davis, The Birmingham Times salutes you as this week’s, “Pride of Birmingham.” 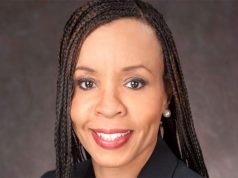 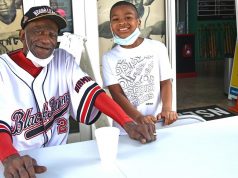