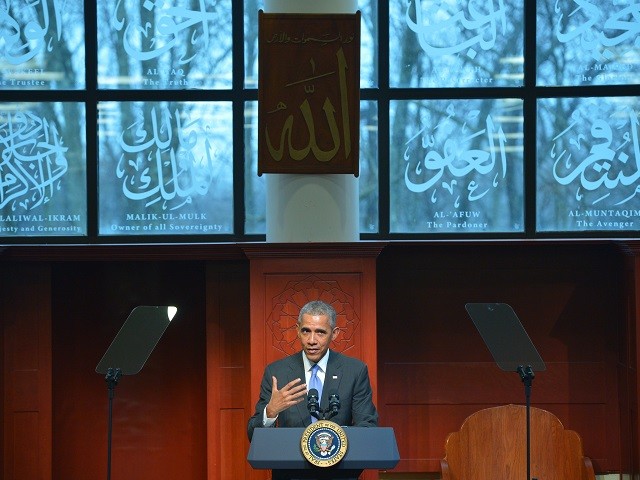 Obama condemned “inexcusable political rhetoric against Muslim Americans that has no place in our country.” He spoke to Muslim Americans at the Islamic Society of Baltimore and called for unity among American faith communities.

“The president’s visit, at a time when rhetoric against Muslims is at all-time high, is very comforting to us as Muslim American citizens,” Taufique said. “Those who are rampant in their fear mongering against Muslims do not trust President Obama and  nothing any one can do will make a difference in their version of American patriotism.

“President’s visit although a little late may send a good gesture to the Muslim world,” Taufique said. “I pray that this visit will put a hamper on the recruiting tools provided to ISIS by the Muslim hater politicians.”

Obama’s visit to the mosque was seen by some as part of a White House drive to rebuff the campaign rhetoric of Donald Trump, who finished second in this week’s GOP Iowa caucus. Trump’s campaign has been fueled at times by promises to conduct surveillance on mosques and ban Muslims from entering the United States.

Obama said Wednesday in the mosque, “The first thing I want to say is two words that Muslim Americans don’t hear often enough . . . thank you.”

He decried the surge of threats and intimidation of American Muslim communities following the terrorist attack in San Bernardino, Calif. last year.

“We’ve seen children bullied, we’ve seen mosques vandalized,” he said. “It’s not who we are. We’re one American family. And when any part of our family begins to feel separate or second class, it tears at the heart of our nation.”

Taufique said Muslims in the U.S. are “blessed” to live a good community.

In the past, the support was mostly from the more liberal Americans, “but there is an increase in the messages of goodwill by the community that we did not expect love from — the evangelical community,” he said. “We pray that this continues to increase and President’s visit can only help.”

Obama’s speech to the Muslim audience comes amid an eight-day stretch during which he will have spoken to Jewish, Muslim and Christian audiences. Last week, he spoke about the Holocaust at the Israeli embassy in Washington, proclaiming, “I, too, am a Jew” in a sign of Christian solidarity with the Jewish people. Thursday, he’ll speak at the National Prayer Breakfast, a largely Christian annual gathering in Washington.

In Baltimore, Obama alluded to his own Christian faith — and also acknowledged that many Americans believe he’s actually a Muslim.

“Thomas Jefferson’s opponents tried to stir things up by suggesting he was a Muslim. So I was not the first,” Obama said, sparking laughter. “No, it’s true. Look it up. I’m in good company.”

USA Today contributed to this report.