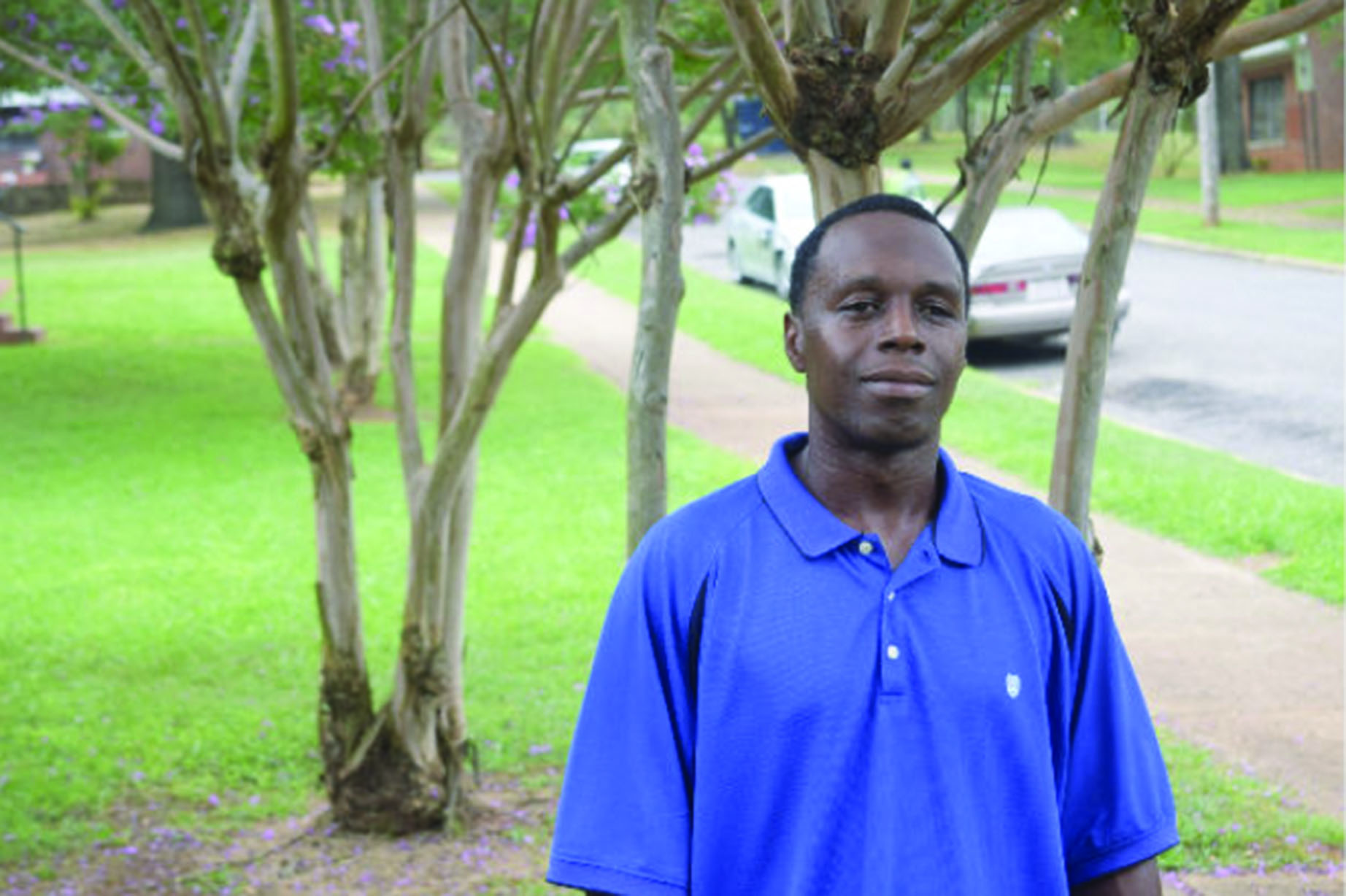 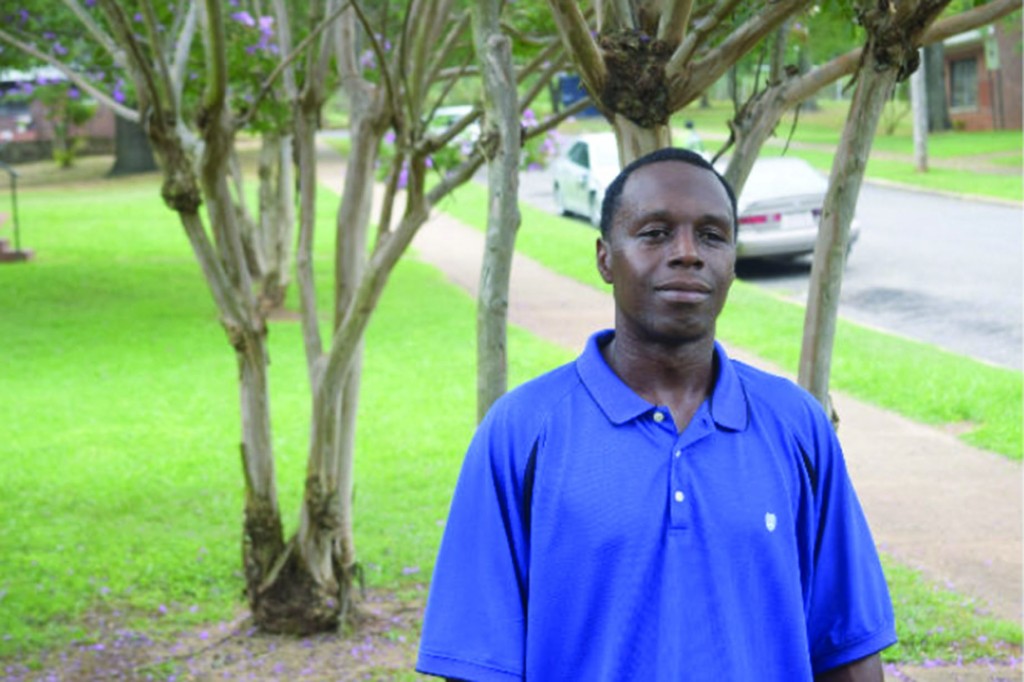 The Housing Authority of the Birmingham District

Nothing can stop Eldridge Knighton from becoming the father his children need and deserve. Not even the two bullets that nearly ended his life.

He recalls challenges that appeared insurmountable, including being critically shot in the head during a robbery while working as a taxi driver. The 2004 incident left Knighton with permanent injuries, including blindness in his left eye.

“With everything that’s in me, I know in my heart that I’m here for a reason, and one of those is being the best father that I can be,” says the 39-year-old father of three school-aged children and two adult children. “They didn’t ask to be here. They just ask to be taken care of.”

Knighton quickly rose to become a leader and role model among participants in the 2015 Fatherhood Initiative sponsored by the Housing Authority of the Birmingham District.

The six-week initiative includes group sessions and a peer support group of 20 men. HABD engaged the Family Guidance Center of Alabama to facilitate the weekly meetings at the Smithfield Court Community Center.

The program is designed to strengthen the bonds between fathers and their children and making education, health care and employment resources available to fathers. It began in 2011 when HABD joined an effort by the U.S. Department of Housing and Urban Development.

The Fatherhood Initiative is part of HABD’s mission of providing safe and affordable housing and helping residents improve their quality of life.

Knighton learned about the program as he participated in HABD Family Self-Sufficiency program.

He knows it is not always easy to absorb life’s blows and remain the solid role model fathers need to be. Yet, he remains stoic and shares his experiences to encourage other men.

“It hurts, but I’ve been hurt before,” Knighton says, describing a series of disappointments and false starts. “I bring love and the experience of what it takes for a father to bounce back because I’ve been through the pit of fire.”

While needs and challenges of each man vary, all are united in their goal to become a stronger father.

“I literally had to humble myself because I had lost so much,” Knighton says. “As a father, I had a responsibility, and my responsibility was to my children. I had to pray and ask God to give me strength.”

Knighton remembers walking hours to see a son and daughter when they were young, then eventually becoming their temporary full-time caretaker. The days were long as he woke up 4 a.m. to catch the bus and make two transfers to get them to a babysitter and then himself to work.

Knighton calls it another lesson in humility.

“I’ve got so much respect for single mothers who have to do this every day without fathers,” he says. “I can do the same thing.”

Knighton pledged to himself that he would never allow anything to separate him from his children. The Fatherhood Initiative is another part of his commitment to fatherhood.

The initiative began as a Father’s Day event to help fathers with children living in public housing reconnect and strengthen their families. It has grown into a long-term program where men build a support group based on a shared desire to become better parents.

Former HABD Executive Director Naomi Truman in 2014 expanded the local initiative to include sessions on parenting, life skills, job training and job referral. It is all an effort to equip men with the tools needed to make them stronger fathers.

“Through our partnerships with individuals, local employers, training providers, community colleges and residents we are able to offer economic and other family resources to strengthen public housing families and improve the housing communities,” said Galvin Billups, HABD Director of Resident Services. “The Fatherhood Initiative is truly an example of a successful initiative and we are elated that resident children, mothers and the fathers are gaining information that will ultimately impact their relationships and enhance their quality of life.”

Knighton was already working to be a good father, but the fatherhood initiative gives him the skills to be a great father. He calls communication the greatest lesson he has learned.

Whether he’s playing video games or basketball with his children, Knighton considers his most important contributions as a father to be the time they spend together and the conversations they share.

“When that phone call comes in you need to be there to answer it,” he says.

The weekly fatherhood meetings also provide a forum and a safe place where men can bond with each other. Fathers and their children are celebrated during an annual banquet at the Smithfield Community Center.

“The fatherhood program is very, very needed because it’s helping a lot of people.

It’s still helping me,” Knighton says. “It presented a lot of knowledge about things we needed to know as far as being a better father.”

Knighton quips that while he enjoyed the food during the meetings and the celebration, he didn’t need it. He says the dialogue, camaraderie and information leave him full enough.

The men have remained in touch in the weeks since the last formal session.

“This year was the best year in terms of the class,” says Michael Billingsley, HABD Family Self-Sufficiency coordinator. “They did express that they would like to continue to keep the class going.”

Relationships may develop or fail, but Knighton said the role of father is everlasting. It is a 24-hour title and responsibility. Throughout his challenges, failing and rebuilding, Knighton is guided by a desire to live up to his responsibility.

“It’s all about choices,” he says. “I cannot understand how a man can look at something he helped create and walk away from it. When I leave here, as a father I need to know that my children are proud of me. I want my children to know that daddy bounced back.”