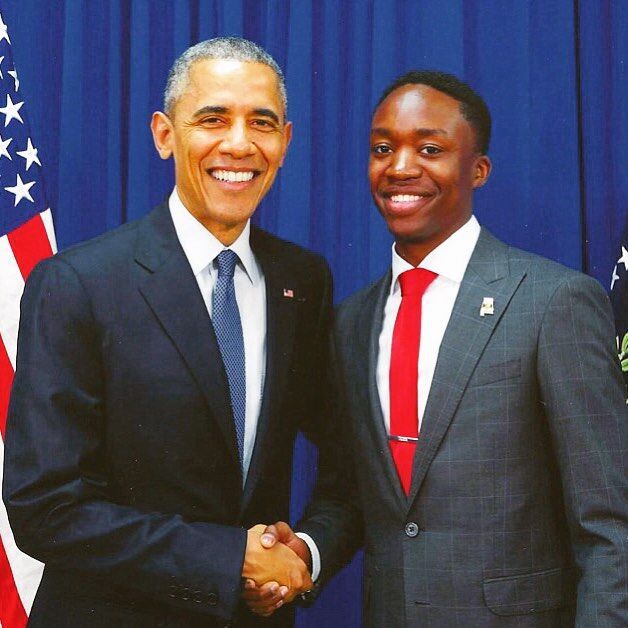 Elliot Spillers has already mastered the art of charisma.

“I’m sorry, I was in and out of meetings all day,” said the 21-year-old into the phone as he hastily walked through campus this week.

Elliot Spillers is the first black SGA president in nearly four decades at the University of Alabama, and now his term is coming to a close. His last day as Student Government Association president will be April 5, just a few days before his 22nd birthday.

He concludes his term after a focus in three areas: inclusion for all students; prevention of sexual assault on campus and erasing the stigma of mental illness.

He was elected president nearly a year ago, March 10, 2015, and did so in an impressive fashion. The Pelham High School graduate beat the Machine, a group of Greek fraternities and sororities that have been known to control SGA elections on the Alabama campus as well as dominate the Homecoming queen elections and a number of on-and-off campus offices.

No one has beat the Machine since 1986, and with that in mind Spillers said it was a lot of prayer involved in his winning.

“It definitely took my entire church family and faith in God to know that through love we could unite people from all sides for the betterment of our campus,” he said.

That same night he got elected, Spillers and his team rolled up their sleeves and got to work.

“It definitely was an initial shock and I was blessed and thankful that we had made it,” Spillers said. “However, I knew immediately the work that needed to be done to have a successful term with what I wanted to accomplish. It was like, ‘Yes we won, but now the real work begins.’”

His hit-the-ground-running modus operandi showed up in a number of ways throughout his presidency.

During his term, Spillers said one of the important changes was the creation of a vice president for inclusion.

That person . . . will pretty much see all inclusions and equitable opportunities across campus, Spillers said. That will allow all underrepresented groups to be included and heard across campus.

Spillers said another accomplishment was addressing the issue of sexual assaults on campus.

“We worked a lot with a campaign at the White House to bring that to the University of Alabama,” Spillers explained. “We outlined a lot of policy changes for the university to look at. We also did a very comprehensive strategy on ending the stigma of mental illness on campus and making sure the students know the resources and the opportunity that they have.”

Spillers said he learned a number of lessons as president.

“You’re always going to have those critics in life who are very analytical about the things that I do and say,” he said. “It sounds so cliché, but I’m learning now more than ever that I have to stand on my core beliefs and core values and be able to go to bed at night knowing that I did the right thing that day.”

If there is any advice he could give to his successor, Spillers said it would be three things: practice selflessness and to connect with people from all across campus; don’t forget about members of your team and keep God through it all.

“In this position you represent not just yourself, but you represent 37,000 students. They comprise different ethnic backgrounds and it’s best to be selfless in serving them,” he said.

“Also, it’s important to empower your team,” he continued. “I couldn’t have done anything alone. I have to give credit where it’s due and that’s because of my team. Third, I would have to tell them to keep God in the center of it all . . . having a relationship with Him has definitely helped me.”

As for his future, Spillers is currently on track to graduate in May and he is looking to take a year off and work in either Washington D.C. or abroad before law school.

“I applied for a few positions, but the one I’m really looking to do is the Fulbright Scholar abroad in Turkey teaching English to students over there.”

Spillers said he hopes his legacy is that people know that they can do anything that they put their mind to.

“Even before my election there was a stigma and a myth that SGA was only for the Greek system, which is not true,” he said. “From my legacy I hope that more underrepresented groups will become further involved in the SGA.”