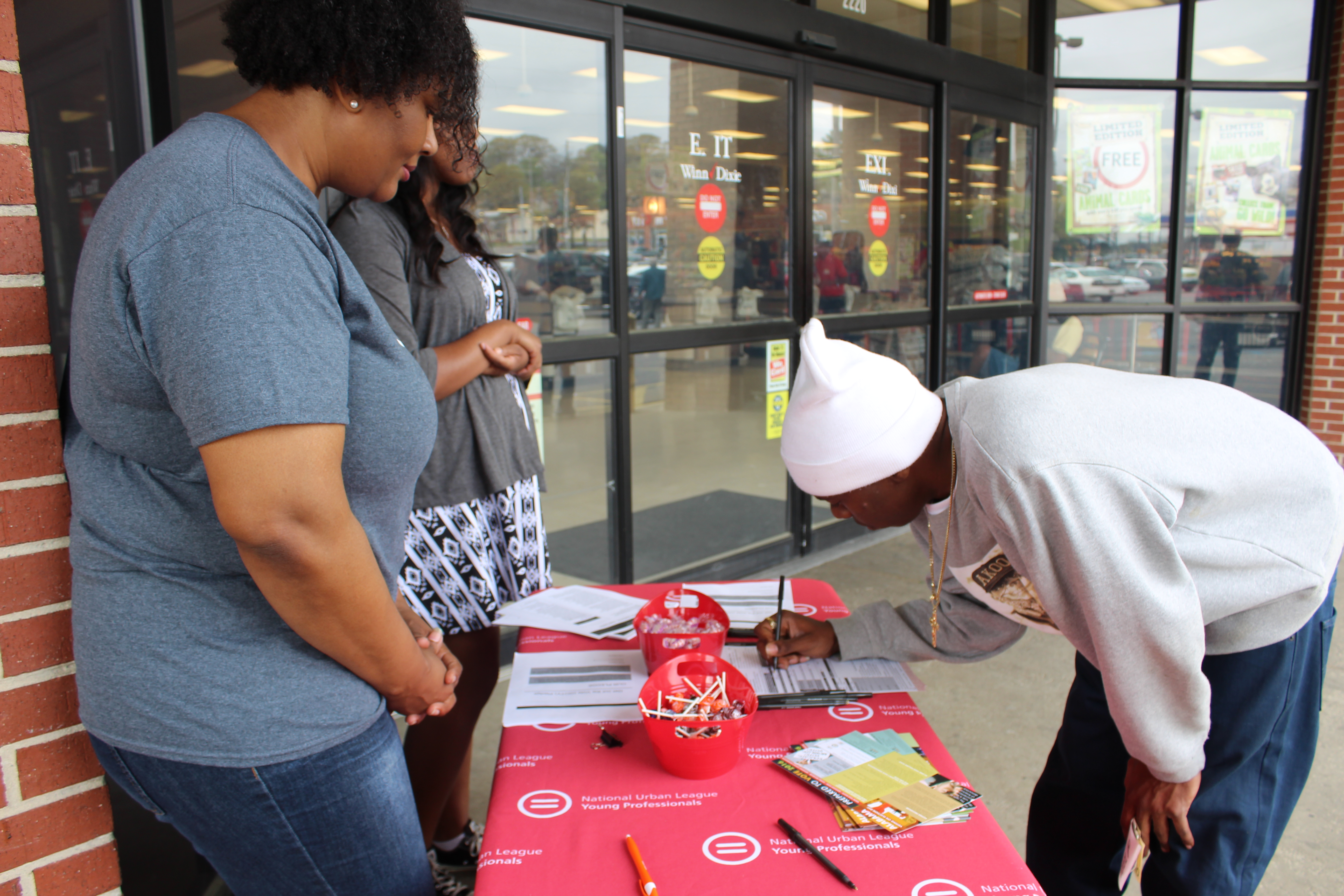 Keeping blacks interested in the voting process without President Barack Obama campaigning has become a focus for the Birmingham Urban League Young Professionals.

During Obama’s first campaign voting among blacks increased from 60 percent in the 2004 election to 64 percent in 2008, according to the U.S. Census.

“A lot of people were excited during the process because they saw a candidate that they thought reflected their values and would make their lives better,” said Toni Wiley, senior director of advocacy for the National Urban League Young Professionals.

On Saturday March 26, the Young Professionals assisted people in the Five Points West community in registering to vote and updating polling information.

Wiley said she is hoping the momentum of Obama’s presidency is what will keep voters engaged during the upcoming elections. The president has help heightened awareness of candidates running for office.

“It’s more difficult now that Obama isn’t running because” blacks may lose interest, Wiley said. “But that’s why it’s so important why organizations like the Urban League address the issues valid to the younger people like college affordability, the ability to get a house and things like that.”

When it comes to younger black voters, Alana Robinson, a BULYP member, said, “People are now looking at candidates that align with their morals and values. They’re no longer saying, ‘that person looks like me, so I’m going to vote for them.'”

More than presidential elections, BULYP is also focused on local elections. Wiley thinks that as more young professionals are coming into the city and starting their careers here, they are more interested in what is going on locally.

“What we’ve been seeing at the BUL, especially with our young professionals, is that there are specific issues in the city surrounding entrepreneurship and changes in our neighborhood that we want to be aware of,” Wiley said. “People are more engaged on that level, but we’re here to connect their vote to making changes and being informed.”

“What we’ve been seeing at the BULYP, especially with our young professionals, is that there are specific issues in the city surrounding entrepreneurship and changes in our neighborhood that we want to be aware of,” Wiley said.

“People are more focused on access to broad bands, to help their children in schools, more entrepreneurial opportunities, and being more included in the changes in Birmingham,” she said.

The group will spend each month through the Nov. 8 election in specific Birmingham neighborhoods to “educate, engage, and empower” the people in the area about their rights of voting.

Wiley added, “I think they are engaged, but we want make that connection to vote more locally, because you don’t have as much money, so you don’t have the ads and commercials, so people don’t know. we want to keep those [local] issues in the forefront for them and give them the information.”