The Alabama Power Foundation has a new leader and is taking applications for its latest round of grants to nonprofit organizations in the state.

The organization held its annual Elevate conference Thursday in Montgomery where Myla Calhoun, the vice president of Charitable Giving at Alabama Power, was named the new president of the Alabama Power Foundation.

“This was fabulous,” Calhoun said at the end of her first Elevate event. “I think that it was really an opportunity for our nonprofit partners to engage with one another. Overall, I could not be more pleased.”

Calhoun, who came to Alabama Power in March after working with the Birmingham Business Alliance as that economic development entity’s general counsel and senior vice president for regional development and public policy, said leading the foundation carries great responsibility.

“Clearly, the Alabama Power Foundation is a pillar in the community,” she said. “I am incredibly honored to now serve as its president. We continue to want to work with nonprofits to help them grow … to elevate Alabama to achieve their best and highest purpose and really make an impact – a meaningful, sustainable impact – in the communities where they serve.”

The foundation does that in a number of ways. The most obvious is by funding dozens of organizations throughout the state with grants and fundraising.

The application period for Alabama Power Foundation’s 2016-2017 Elevate grants began Thursday and nonprofits across the state are encouraged to apply. The Elevate packages include a $10,000 grant in 2016 and a $5,000 challenge grant in 2017 for each winner. Grant winners will participate in workshops through 2017 to help them grow and find ways to expand their positive impact.

Hosting programs like Elevate is another important role the Alabama Power Foundation plays that goes beyond the dollars, Calhoun said.

“One of the Elevate program’s greatest strengths is that it gives grantees more than just a check,” she said. “Past grantees have said time and time again just how beneficial it is for them to network with one another through this program’s workshops. Every year, our Elevate grantees build partnerships as a result of their time spent together. We are honored to be a part of that.”

Since the grants began in 2014, 27 nonprofits across the state have received Elevate grants to strengthen their organizations.

As the economy has improved, nonprofits are looking to ensure they are maximizing their opportunities.

“I think what we heard in the message we received today really speaks to the needs that nonprofits have for information about how to thoughtfully diversify their portfolio funding,” Calhoun said. “Having an opportunity to partner in sharing that message is really important to the foundation, so we’re glad to have been able to have put this on.”

The theme for Elevate this year was social enterprise — using entrepreneurship to create a new stream of dollars that helps sustain nonprofits. Keynote speaker Becca Stevens told the inspiring story of Thistle Farms, a social enterprise she founded that helps heal, and employs, women who are survivors of prostitution, trafficking and addiction. Thistle Farms sells candles, tea, bath and body products, and insect repellent, among other products. Attendees also heard Stevens along with Shannon Ammons, CEO of the Alabama Association of Nonprofits (AAN), and Norm Davis, vice president and managing director of TruFund Financial Services, as a panel giving advice to nonprofits about social enterprise. Hill Carmichael, executive director of Urban Ministry, which does social enterprise through a community garden and café, moderated the panel.

Among the takeaways: Take advantage of the services AAN, foundations and universities can offer nonprofits looking to get a money-making venture off the ground; sell your board of directors on your idea; have a strategic plan; find a way to distinguish your product or service from others; have a great story to tell potential funders; and collaborate with others.

Calhoun said there is great value in simply working together as nonprofits.

She said her background in economic development informs her approach to growing the nonprofit community in the state.

“If there is one thing I have learned, it’s that life is not a straight line. I think I bring all of that experience and hopefully it will be well-deployed in this new role,”

She said. “Thinking about economic development and seeing how nonprofits and foundations can complement the activity in that space I think can be an asset. At least I hope it will.”

The challenges are less daunting given the foundation’s established body of work, its staff and its support from the company, she said. Since its creation in 1989 with funds donated by shareholders, the Alabama Power Foundation has supported Alabama communities, educational institutions and nonprofits with non-ratepayer dollars through more than 20,000 grant and scholarship awards.

“I’ve got a great team here and the Alabama Power family as a whole is so engaged and supportive,” Calhoun said. 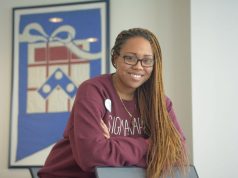 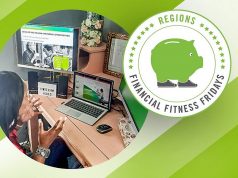