Birmingham City Councilman Johnathan Austin and brother Gerald Austin graduated from Miles College recently. It’s one thing to be a student in college, it’s another thing to be a student and serve as the President of the City Council for the largest municipality in Alabama. While those tasks may be daunting for some, District 5 Councilor Johnathan Austin showed others what hard work and determination will produce as he walked across the stage this past weekend to receive his bachelor’s degree. President Austin said the task wasn’t easy, but he stayed the course and his hard work has paid off. During Mile’s commencement services this past Saturday, President Austin walked across the stage to receive his Bachelor’s Degree in management.an area very fitting for his expertise. President Austin says he plans to use that experience to further his career. He has already submitted applications to law schools in the area, including Cumberland School of Law. This is definitely an example of someone trying to better themselves and setting an example which is what this is – Austin Bettering Himself and Setting an Example.

From Homeless to Hopeful: Miles College Student, Titus Battle Overcomes Obstacles and Realizes His Dream of a College Education at Commencement

Titus Battle, a 54-year-old Education major at Miles College began a new journey recently at the Boutwell Auditorium where he participated in the commencement ceremony.

“I entered Miles College’s Division of Education to satisfy my burning desire to work with children and students that are academically and/or behaviorally challenged,” said Battle. “I have many dreams and aspirations following graduation from Miles College.”

Battle was determined to overcome his obstacles to achieve his goals. “I had no idea how challenging it would be to accomplish my dream of becoming an educator,” said Battle.  “There was a lot more to my dream than just being able to make it come true. I still have my challenges ahead of me as I transition from a semi-non-professional life to a professional life.”

Battle would like to complete an internship or volunteer as a Juvenile Caseworker to get some training and understanding on how the Family Court serves to help children in difficult life circumstances. He feels that this would be valuable training for him to learn how he can assist children in the future.

Battle has endured some challenges himself and could have thrown in the towel. Instead, he threw up his college graduation hat as a celebratory symbol of his accomplishment.

Coca-Cola UNITED plans to acquire the production facility located at 300 Coca-Cola Road, Montgomery, Alabama. “Great brands and great people, coupled with our long-term commitment and presence in Montgomery allow us to deliver excellent customer service and the highest quality products to our consumers,” said Claude Nielsen, Chairman of the Board, Coca-Cola Bottling Company UNITED, Inc. “This investment demonstrates our commitment to operating in Montgomery for another 100 years and speaks positively for the growth and favorable business climate in Central Alabama.”

With over 113 years in the Montgomery area, Montgomery Coca-Cola continues to attribute their enduring presence to their local business operating model, which includes creating and cultivating strong relationships in both business and in community.

“What a great day this is for Montgomery Coca-Cola, Coca-Cola UNITED and for our entire community. We are certainly proud to count an organization of this caliber among our business partners,” said Montgomery Mayor Todd Strange. “This new cutting-edge facility and the jobs it represents speak volumes about the opportunities that exist in Montgomery. We’re grateful this company took advantage of those opportunities and had the vision to see that success happens when you do business here in the Capital of Dreams.”

FOR THEATRE AND ART LOVERS:

SISTER ACT – If you love theatre,  you don’t want to miss Sister Act, now through May 22 at the Red Mountain Cabaret Theatre. Showtimes: Thursday – Saturday, 7:30 p.m. and Saturday and Sunday, 2 p.m.

Sister Act is the feel-amazing musical comedy smash based on the hit 1992 film that has audiences jumping to their feet! Featuring original music by Tony and 8-time Oscar winner Alan Menken (Newsies, Beauty And The Beast, Little Shop Of Horrors), this uplifting musical was nominated for five Tony Awards including Best Musical.

When disco diva Deloris Van Cartier, played by CAPRENIA ANTHONY, witnesses a murder, she is put in protective custody in one place the cops are sure she won’t be a found: a convent! Disguised as a nun, she finds herself at odds with both the rigid lifestyle and uptight Mother Superior. Using her unique disco moves and singing talent to inspire the choir, Deloris breathes new life into the church and community, but in doing so, blows her cover. Soon, the gang is giving chase only to find them up against Deloris and the power of her newly found sisterhood.

Filled with powerful gospel music, outrageous dancing and a truly moving story, Sister Act will leave audiences breathless. The cast is chock full of amazing roles for women of all ages making this a perfect choice for high schools and community theatres. A sparkling tribute to the universal power of friendship, Sister Act is reason to REJOICE!  For more, call (205) 324-2424.

NEW IDEAL: NEW WORKS – An Opening Reception for New Ideal: New Works by MERRILEE CHALLISS will be held on Saturday, 2 – 4 p.m. at the Boardroom on the 4th Floor of the Birmingham Public Library, downtown, Free and Open to the Public. 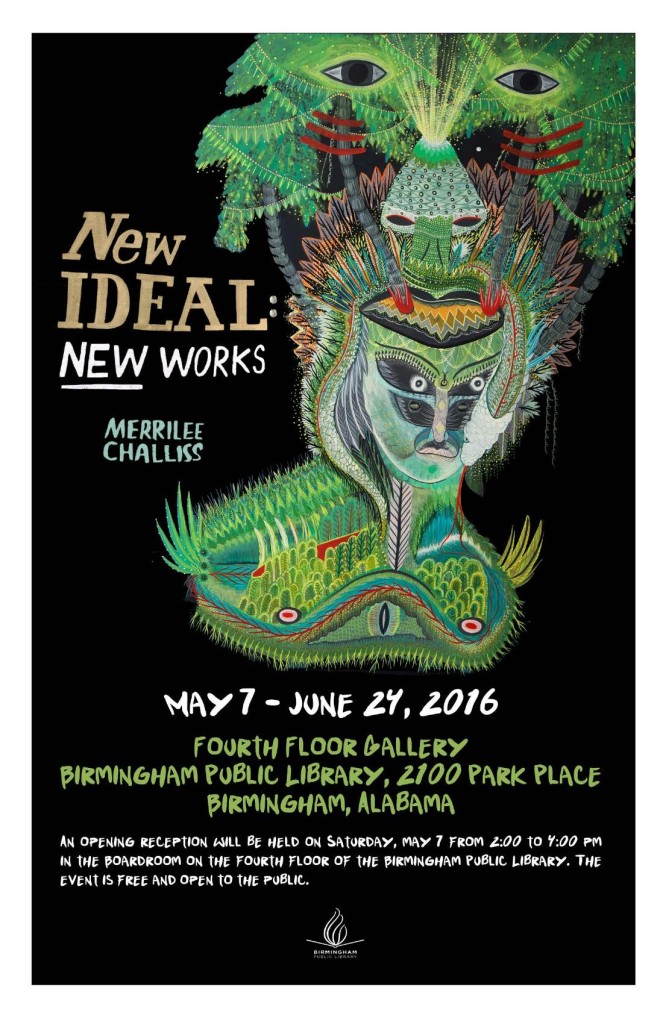 A RADIO HERO – PAUL “TALL PAUL: WHITE – For a little Birmingham Black Radio history, head to the Smithfield Library on Eighth Avenue at Center Street, today, at 10:30 a.m. to get more about the early history of radio icon Paul ‘Tall Paul’ White and the contributions that radio and Tall Paul made to the Birmingham Civil Rights Movement.

JAZZ IN THE PARK – Enjoy JAZZ in Gadsden Park, this Sunday, 6-9 p.m. with CASHMERE WILLIAMS and ON PURPOSE featuring DWIGHT HOUSTON

T.J. HOOKER TAYLOR at the TIDE AND TIGER – If you love soul, blues, R&B and gospel music and JOHNNIE TAYLOR, then join the music lovers to hear his son T.J. HOOKER TAYLOR as he sings some of his father’s tunes, Sunday, 6 p.m. Showtime at the Tide and Tiger Lounge. If you love soul music and blues then you know a few of the favorites, “Last Two Dollars”, “Just Because” and “Tell Me How You Like It.”  TIDE AND TIGER LOUNGE is open for hanging out, is located on Graymont Avenue across the street from Legion Field and open on Tuesdays, Fridays, Saturdays and Sundays. CHECK OUT….the TIDE AND TIGER. Every Tuesday enjoy wings for 50 cents and $5 drinks at half price. Every Sunday enjoy music from the ’60s, ’70s and ’80s with DJ Tide and Tiger. For more information, call (205) 503-3880.

3rd ANNUAL SMART ART FESTIVAL – The City of Birmingham Mayor’s Office Division of Youth Services (DYS) will host its 3rd Annual SMART ARTS FESIVAL, Saturday, 11 am. – 3 p.m. in the UAB Mini Park located at University Blvd and 14th Street. The park will be overflowing with arts enthusiasts, intrigued parents and Birmingham youth. This FREE event is for youth and parents looking for information about cultural arts opportunities for the youth and will include interactive games and prizes.  The Guitar Center Instrument Discovery Zone will feature FREE guitar lessons. Other activities include live performances, demonstrations and children’s activities, with over 20 vendors.  he festival will bring together ethnic and cultural groups, dancers, theatre groups, balloon artists, bands, singers, jugglers and storytellers. Because this is not your ordinary arts fair, you should be there or be square. A lifetime learning event!  For more information, call (205) 320-0879.

NASCAR: THE RISE OF AMERICAN SPEED – NASCAR fans can see more of racing this Sunday and next Sunday which includes NASCAR’s early origins during the Prohibition Era as visionary Bill France recognizes the sport’s potential.

partnership by CMT and NASCAR

unprecedented format used to tell the history of the sport

Waltrip, along with Brian and Lesa France Kennedy

prohibition era, and one man, Bill France, sees an opportunity

For more, go to NASCAR.com.

AT THE STARDOME: Every Thursday is Postively Funny Improv and this weekend: JAMES GREGORY! The Funniest Man in America returns! For over twenty years, the unforgettable caricature of veteran comic James Gregory has stood grinning: his blue shirt untucked, his arms outstretched, a carefree welcome to a down-home, hilarious storytelling experience. The trademark caricature is the essence of James Gregory´s comedy: whimsical reflections on life from the front porch.

SPRING BUSINESS CARD AND SPEED NETWORKING MIXER – Today, 5:30 – 8:30 p.m. at the Summit Club is the Spring Networking Mixer for business owners as well as those interested including how to generate leads, find referrals, meet

VOLUNTEER TRAINING AT CARES – Become a Volunteer at CARES with Volunteer Training, tomorrow, 9:30 a.m. – 12:30 p.m. at the Friedman Center for Jewish Life. CARES stands for Caring for Adults through Respite, Enrichment & Socialization. It  is a program for people with memory and movement disorders such as Alzheimer’s and Parkinson’s diseases. Volunteers are the key to success. Volunteers serve at least one 4-hour shift once a month. Background check required. For more, call (205) 879-3438.

COMING SOON IN AND AROUND THE SOUTHEAST: 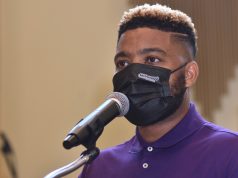