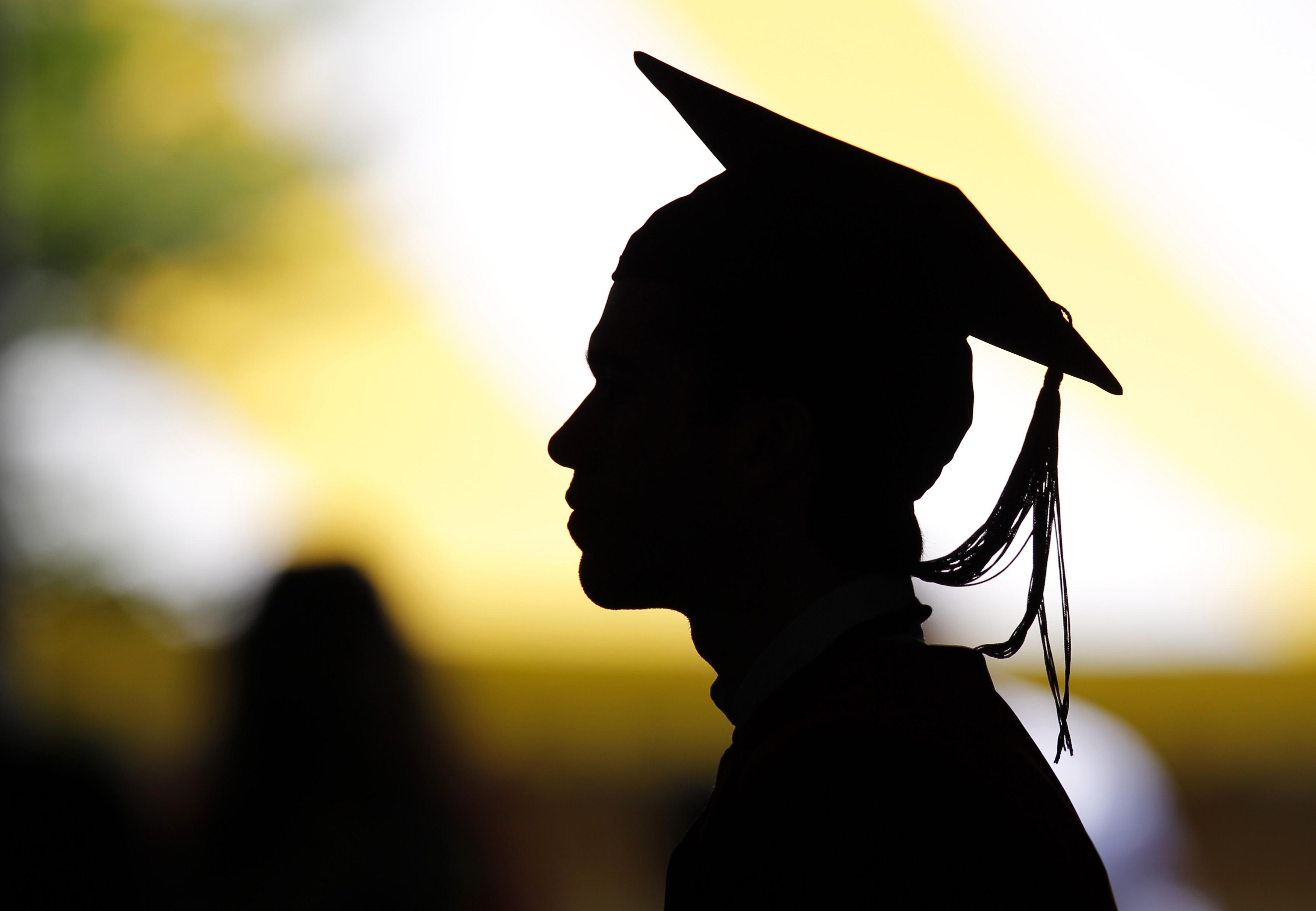 Twins Justin and Julian Grant, 25, who graduated Ramsay in 2008, encouraged students to swap out their Nike Air Jordan sneakers, known as Js, for Johnston & Murphy business shoes as part of the “J for a J Dress Shoe Scholarship.”

The program stresses the importance of dressing the part to get the role one wants in life.

“The reason this is important to us is because we wanted to remove as many barriers as possible for students progressing in a professional arena,” said Julian. “People can judge you on your dress, the way you speak and your body language. We wanted to give students tangible tools to help them in interviews and other areas. Shoes are a major foundation to professional dress attire.”

Students selected for the May 2 event had to write an essay on what success means to them and how dressing professionally plays a role in that. The entries were judged and six winners were selected. Winners also received professional dress socks, a shoe shine kit, an embossed leather portfolio and professional writing pens. Pastor Adrian Davis of All Nation Christian Center in Huntsville was the guest speaker.

“It’s fine to dress down around your friends, but it’s good to have at least a suit and a nice pair of shoes for when the opportunity presents itself,” Julian said. “This is not just about looking good. It’s also about feeling good about yourself and what you represent.”

When the Grants were in high school, their parents told them to “dress for the job you want, not the one you have.” They held onto that as they pursued civil engineering degrees from Alabama A&M University.

Today, Justin works in technology consulting in Raleigh, N.C., and Julian works as an engineer in Birmingham. They also run the nonprofit group Siamese Dreams Next Level Outreach, which made the shoe scholarships possible. But the brothers didn’t just focus on shoes.

Last month, the twins invited Saks Fifth clothing experts to visit Ramsay High to teach male students everything from how to tie a tie to proper workplace etiquette. They called it the “Hour of Power.”

They hope what they are doing will be a good example for other Birmingham students.

“Now we are in the process of planning our next event. We now want to address young females,” Julian said. “We hope to offer it for the new school year.”