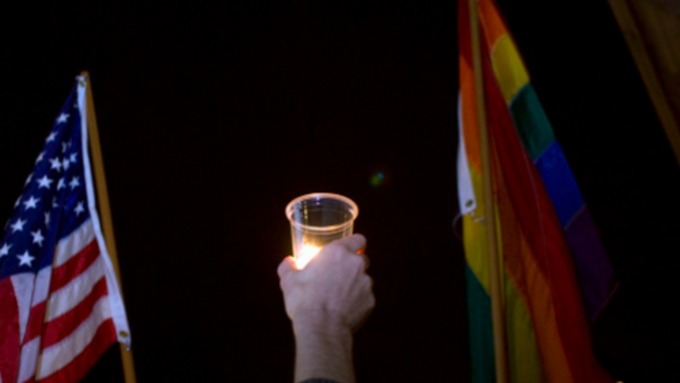 A gunman opened fire on a gay nightclub in Orlando early Sunday morning, killing 49 people and wounding scores of others in the deadliest mass shooting in recent U.S. history before being shot dead by police. Here’s reaction from some in the Birmingham community:

Birmingham Mayor William Bell: “We stand with Orlando against hate and injustice. Our thoughts and prayers go out to every citizen impacted by this senseless tragedy.”

Andrea L. Taylor, President and CEO, on behalf of the Birmingham Civil Rights Institute Board and staff: “The Birmingham Civil Rights Institute (BCRI) grieves with the nation in the aftermath of the June 12 mass shooting in Orlando during attacks fueled by hatred for LGBTQ individuals. We understand from the lessons of the past, particularly during the Civil Rights Movement in the 1950s and 1960s, that acts of terror and hate against any individual or group – regardless of race, ethnicity, religion or sexual orientation – are violations of civil and human rights that diminishes us all. Our deepest condolences are extended to the families and communities directly impacted by this tragedy and we support the preservation and protection of civil and human rights without fear, intimidation or threats to safety and security.”

Diane McNaron, Birmingham Peace Project Chair: “Donald Trump’s tweets notwithstanding, this heinous act is no different in character from so many other hate crimes, like Dylann Roof’s murder of nine church members in Charleston, South Carolina one year ago, Eric Robert Rudolph’s bombing of a Birmingham women’s clinic and two lesbian night clubs in 1988 and the bombing of a Target rest room in Illinois just three days ago.”

Scott Douglas, Executive Director of Greater Birmingham Ministries: “The tremendous grief and pain brought about by this heinous, homophobic act of intolerance and hate cannot be allowed to become a political profit center whose purpose is to energize even more hate under the banners of homophobia on one hand and Islamaphobia on the other. As law enforcement works to uncover the origins of this crime, we embrace with an abundance of love the families, friends and loved ones of those touched personally by this atrocity.”

Ashfaq Taufique, President of Birmingham Islamic Society: “Like the rest of America, the Muslim community in Birmingham, Alabama woke up today to the devastating news of the horrific attack that happened in Orlando last night. Evil, pure and simple. Our deepest sympathies and prayers are with the innocent victims in Orlando. We stand in complete solidarity with our fellow Alabamians and Americans in the collective fight against hate through its many evil manifestations.”