Nichelle Nix has not stopped networking since college.

Since being appointed the first Director of the Governor’s Office of Minority Affairs (GOMA) in March she is networking now more than ever. As a member of Governor Robert Bentley’s cabinet she gets to meet minorities across the state.

“Alabama is a very diverse state,” Nix said. “Not only racially and culturally, but there is a diversity of needs as well.”

Nix, 36, is the liaison between minority communities and the governor.

After establishing the office, Bentley said, “the newly created Governor’s Office of Minority Affairs will be a great resource and a new perspective on addressing minority and women’s issues.”

The goal, Nix said, is to not only inform the governor, but “give minorities and women a voice . . . it adds an additional voice to the conversations that are taking place at the state level, and it makes those groups feel as if they have a real seat at the table when decisions are being made.”

Nix, who works with one other person — “The office is expected to grow,” she said — has traveled all over the state and discovered many resources and small businesses during her travels. She has been particularly impressed with visits to all 15 of the Historically Black Colleges and Universities in Alabama, including the two year colleges.

“I’m discovering some gems we have,” Nix said. “One in particular, Lawson State. They have a top automotive program.”

Those types of programs are providing so many skills to students that can either go off on their own, or start their own business, she said.

Nix’s goal is to create a pipeline between industry and HBCUs so that students are not only able to gain skills, but have a job in their field upon graduation.

“A lot of these schools are struggling, why can’t they be successful?” she said.

There has been a lot of controversy surrounding the governor’s office including some lawmakers who are calling for the governor to be impeached. Nix said she continues to remain focused on her job.

“This office covers so much,” she said. “I have no choice but to be focused.”

She is currently preparing for a statewide listening tour.

“As I’m meeting individuals they’re quick to praise the governor for the creation of this office for giving them a voice,” Nix said. “We’ve had a lot of starts and stops in the past, and now this is a real effort.”

Nix has previously served as an attorney in the Governmental and Regulatory Affairs Division at Maynard, Cooper & Gale, P.C. in Birmingham. She is from Mobile where she led the Sickle Cell Disease Association of America Mobile Chapter, Inc.

A graduate of Spelman College in Atlanta, Georgia Nix received a Bachelor’s of Arts degree in Political Science in 2002. She also attended Emory University, obtaining her Master’s of Public Health and her Juris Doctorate from The University of Alabama School of Law in 2008. 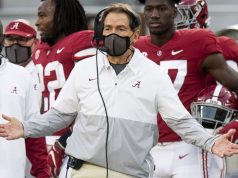 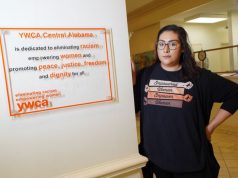