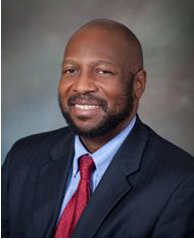 Charles E. Ball has been elected to serve as chairman of the Alabama Commission on Higher Education. His selection was by unanimous vote earlier this month in Montgomery. He has served on the Commission since 2009, when Governor Bob Riley appointed him as an at-large representative.

The Jefferson County resident is the executive director of the Regional Planning Commission of Greater Birmingham. He has served in this role since 2006, where he coordinates regional and community-level planning and economic development activities for Alabama’s largest metropolitan area. The region contains six counties, over 100 cities and over 1.1 million residents.

“I am totally committed to lending my expertise and leadership skills in promoting coordinated efforts among the higher education community to best serve our students,” said the new chairman. “I want to ensure that the Commission serves as a visible advocate of higher education throughout Alabama, while continuing our statutory functions mandated by the state legislature.”

Ball holds a Master of Community Planning from Auburn University and a Bachelor of Arts in Business Administration from Birmingham Southern College.

Elected as vice chairman, was Randy McKinney of Orange Beach. He was appointed by Governor Robert Bentley to represent an at-large district.

McKinney is an attorney with McKinney & Associates P.C. and is an owner of Realty Executives Gulf Coast in Gulf Shores.

He is a former vice president of the Alabama State Board of Education. He has served on the board of directors for the Kiwanis Club and Chamber of Commerce and is a Class VX member of Leadership Alabama.

“Chairman Ball’s board experience with a major university and Vice Chairman McKinney’s leadership on the State of Alabama School Board will be tremendous assets in dealing with higher education policies,” said Commission Executive Director Gregory G. Fitch. “Their educational backgrounds and strong ties with business and industry will greatly strengthen the direction and mission of the Commission.”

The Alabama Commission on Higher Education, founded in 1969, is the state’s coordinating board for all public institutions of higher education. Members serve nine-year terms without compensation.